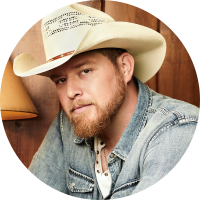 The big-hearted Arkansas farm kid with a voice to match chose a career in service to others. Amid the considerable stress and turmoil attending that job, he found that the music he loved was able to quiet his mind and focus his heart. Slowly and often unintentionally, the power of crafting lyrics and melody drew Lance in a new direction. Eventually, he realized he'd returned to the exact place he'd started – the place he was meant to be all along.

"Anyone Else," Lance Carpenter's debut release for Show Dog Nashville and duet with label mate Krystal Keith, is a tantalizing glimpse of the depth of creativity to come. Already a chart-topping songwriter (Kelsea Ballerini's "Love Me Like You Mean It"), Carpenter has continually earned the notice of fans and gatekeepers, even without meaning to. Now, he's poised to capture their attention on a much bigger scale.

Carpenter's arrival as a songwriter and recording artist is, in many ways, an extension of a creative progression that became increasingly deliberate. The journey took him from self-taught hobbyist and therapeutic outlet to committed songwriter and Nashville-based professional hitmaker. Continually working toward developing his craft, a growing love of performing led to the recording session that changed everything. Unexpectedly so.

Lance will be joining us to take a look back on his own songwriting career talking about ways that planning ahead really does lead to success.