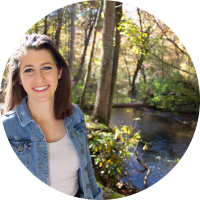 Jen Duke is the Creative Director, Publishing with Concord’s music publishing division, based in Nashville, TN. Duke began her career with Razor & Tie in 2014, where she served as Creative Coordinator, and then Creative Manager. Currently, Jen is responsible for assisting in the procurement and management of the songwriter roster, as well as the exploitation of the publishing catalog out of Concord’s Nashville office. In her time at Razor & Tie, and Concord, Jen has been responsible for securing cuts with platinum recording artists across multiple genres, including the country, pop, techno/EDM/DJ worlds, as well as assisting in securing numerous placements in film and television including many major television and film platforms, as well as digital outlets. Her work across multiple genres, and exploitation avenues, is stand-out amongst her peers, particularly in Nashville. From Concord’s Nashville, office, Jen assists in representing artists, producers, & writers such as: Ian Fitchuk, Tofer Brown, Sean McConnell, Ruelle, Fleurie, Josh Bruce Williams, Jeremy Lutito, Andy Skib, Thomas Finchum, among many others. Over the course of her career, Jen has secured cuts with LOCASH, Tyminski, Jake Scott, Patrick Droney, Molly Tuttle, Adam Doleac, Sam Halabi, Mike Rogers, Andrew Combs, Matthew Mayfield, Christian Lopez, & CHRISTON. Jen is a Belmont University graduate, and is a member of S.O.L.I.D., CMA, ACM, NARAS, AIMP, and a current board member of Women in Music – Nashville. Pitch your song to Jen at this Pitch to Publisher session. Bring two copies of your lyrics + an audio file or CD. No advance sign-up necessary!