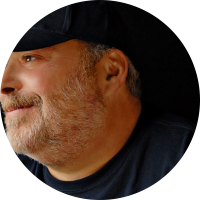 **You must be logged in to register for this event. If you're not logged in before registering, the registration link won't appear.**

Coming from the Northeast, moving to Nashville in 1987, it took Mark Irwin four years to land his first cut, which happened to be the Christmas song “Meet Me Under The Mistletoe” recorded by Randy Travis for his “Old Time Christmas” album.

Also, along with having songs on Alan Jackson’s “DRIVE” CD and Garth Brooks’ “THE LOST SESSIONS”, Mark co-wrote the singles, “Bama Breeze” for Jimmy Buffet and That’s How They Do It In Dixie” for Hank Williams Jr.