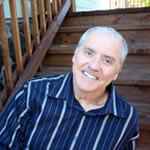 Three months after moving to Nashville in 1976 he got his first writers deal with Warner Bros Music. Four months after that he signed a recording contract with CBS. (Columbia). On the second anniversary of his arrival in Nashville, RC received his first No. 1 record, Ronnie Milsap's "Only One Love In My Life.”   RC's  other No. 1 records are Barbara Mandrell's "One of a Kind, Pair of Fools," and Steve Azar's "(I Don’t Have To Be) Me Til Monday." Other artists he has written hits for include Bobby Bare, Roy Head, Hank Thompson, Charlie McClain, and Louise Mandrell. His song "Loveless Motel," which he wrote and sang, can be heard in the popular movie "The Outsiders."  In 1995 RC met Larry Stewart, lead singer for Restless Heart. Besides playing a lot of golf and writing a lot of songs, they wrote a Top 40 hit for Larry "Why Can't You." Later, RC found a new act in a bar outside of Houston in Katy, Texas, while searching for talent for RCA. His name was Doug Supernaw.who went on to have two #1 records. From 1974 until 1985, when he decided to focus on writing and producing, RC was a recording artist for Capitol, Columbia, and RCA. In the early '80s, he was the music coordinator/producer for "Mandrell Sisters TV Show" on NBC. His other television work includes writing material for Bob Hope's Television Special and Red Skelton's Television Special.  RC recently received the prestigious "2-Million Air Play" award from BMI for "(I Don’t Have To Be Me) Til Monday." Throughout his career he has received various awards, including an Academy of Country Music Award.

His love for cars and golf led him to hosting duties for two television shows ("Performance Plus" and "Tee It Up") on The Nashville Network and ESPN. RC lives in Nashville with his wife Natalie and dog Tex. He is still writing country music.

How long have you been in Nashville?
Since 1976

When it comes to One-on-One Mentoring, what genres do you focus on?
Country and Pop

What are your greatest successes in songwriting?
"Only One Love In My Life" - Ronnie Milsap reached Number one. "One Of A Kind Pair Of Fool" - Barbara Mandrell.  "I Don't Have To Me Till Monday" - Steve Azar. I've also had Several top ten album cuts by By Louise Mandrell. I have also done a lot of TV work. Writing special material for Bob Hope & Red Skeleton and Mandrell Sisters TV show.

What is your specialty?
Lyrics.  I also have a great understanding of what it is like to be a writer-artist.

Anything else we should know about you as a mentor?
I have been in the business all my working life. Working as TV host, producer, record producer, performer, and recording artist.