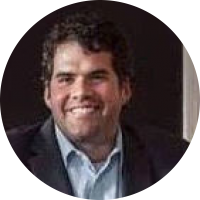 When he was still a student in the Music Business program at Belmont University Greg Gallo was already working in the industry, running a Nashville hub for Deep South Entertainment in his dorm room.

After graduating he partnered with Bruce Burch in Burch-Gallo Music, plugging songs for EMI Nashville, Kris Kristofferson, Ash Street Music, Universal Publishing and a handful of other choice writers/publishers. From there he was hired full time by Ash Street Music and his growing reputation on Music Row led to his being hired by Craig Wiseman for his newly formed company, Big Loud Shirt.

In 2019, Reservoir opened a Nashville office headed by Music Row veteran John Ozier (ole Publishing, Curb Records) and John brought Greg on as VP Creative. Reservoir, a boutique publisher with a global reach, has had 100’s of #1 releases worldwide, and 8 major label artists in Nashville.

Greg has been part of over 450 major label releases, including 50 gold or platinum certifications, across genres.