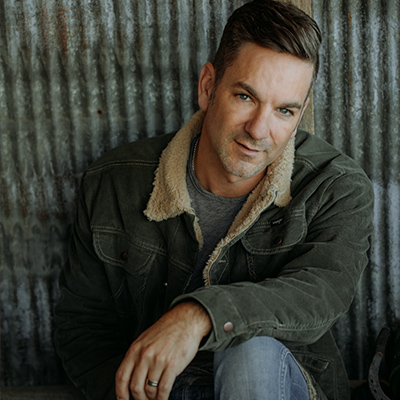 In a day and age defined by instant gratification, it can be hard to remember that good things come to those who wait. But not for singer-songwriter Craig Campbell. Long praised as a modern link to the traditional values of Country’s past, Campbell’s been waiting to release a new collection of music for five long years – and now that wait is finally over.

“It’s definitely an exciting time,” says Campbell, who’s highly-anticipated SEE YOU TRY EP arrived on June 8, 2018. “For the past few years, I’ve created and found some of the best music of my career. I’m beyond excited to release this EP and show the Country music world what I’ve been up to.”

Packed with all the down-home charm and up-town talent both fans and critics have come to love, Campbell’s patience has paid off in the form of seven diverse tracks – including the hit singles “See You Try” and “Outskirts of Heaven.” Taken as a whole, the project does more than just build off Campbell’s earlier success. It cements his status as a steady-handed star in the current era.

Growing up in the small town of Lyons, Georgia, a mix of musical gifts and hard work set Campbell’s path early on. After falling in love with classic Country, he played keyboards in his mother’s church and then on the road for an up-and-coming singer at the time named Luke Bryan, eventually landing a coveted bandleader gig in the famous Nashville honky-tonk, The Stage.

But with easy charisma and smooth, expressive vocal chops, Campbell was soon noticed, leading to a string of singles and two albums which earned comparisons to neo-traditional icons like Alan Jackson and Randy Travis.

Starting in 2010, “Family Man” and “Outta My Head” both cracked the Top 15 on Billboard’s Country Airplay chart, while others like the hook-in-cheek “Fish” snagged more than 10 million on-demand streams. “Keep Them Kisses Comin’” became a bonafide Top 10 hit, while “Outskirts of Heaven” showed an artist sensitive enough to share his soul – and courageous enough to stand on conviction. The uplifting critical smash has been praised by Rolling Stone, Taste of Country and more as a spiritual high-water mark.

Along the way he became a regular on the Grand Ole Opry and appeared on NBC’s Today, supported the USO and sang “American Anthem” for Macy’s 2017 4th of July Fireworks Spectacular, all while tastemakers like radio personality Bobby Bones touted the exceptional vocalist’s under-the-radar potential. Then in a fitting full-circle moment, Campbell hit the road with Bryan once again – this time sharing the spotlight as part of the 2017 Huntin’, Fishin’, and Lovin’ Every Day Tour.

But even after all that, Campbell’s latest single (“See You Try”) is something special. Written by Florida Georgia Line’s Tyler Hubbard with Bart Butler, James McNair and Jordan Schmidt, the hot-blooded anthem builds on Campbell’s reputation for Country authenticity, but it also shows his musical dexterity, with Rolling Stone calling it “a big, bold song that shoots for the nosebleed seats of arenas everywhere.” Combining the fun of “Fish” with the romantic sincerity of “Keep Them Kisses Comin’,” Campbell playfully invites a Country girl to change his mind about a boys’ night out.

“At first listen I guess people could think there’s this guy and he’s at a bar, and there’s a girl trying to pick him up, but I didn’t look at it like that,” the dedicated husband and father explains, admitting he thinks of his wife Mindy when he sings the flirtatious track. “When I’m doing my thing with my friends, and she’s ready to leave, I love for her to try to convince me like ‘Hey, it’s time to go. And if you go with me right now, then this is gonna happen.’”

“[Classic Country] is just what I grew up on,” he explains. “It’s what I cut my teeth on, and it’s what I love. … I told Bart, ‘I don’t need to go down a road just to keep up with the Joneses. I feel like we can make it awesome and make it Country.’”

The rowdy barstool anthem serves as the lead-off track on the SEE YOU TRY EP, but there’s more in store for Campbell’s loyal legion of fans. The long-awaited project also offers two versions of the faithful “Outskirts of Heaven,” presenting the uplifting critical triumph in both electric and acoustic settings.

Other standout moments include the regretful romance of “Me Missing You,” the party-ready Tejano twang of “Mas Tequila,” the lusty rock ballad “Upstairs” and the slinky strut of “Kids in the South,” all written by top flight tunesmiths like Hubbard, Jim Beavers, Ben Hayslip and Campbell himself.

“I wasn’t really worried about how much time it took,” Campbell says, “just as long as we got it right.”

Built on a solid bedrock of Country tradition, SEE YOU TRY certainly accomplished that goal. It compliments everything the celebrated star has accomplished so far – and it also looks to the future, highlighting the party-starting, top-shelf entertainer he’s become. After five long years of dogged determination, the next chapter of Campbell’s story has finally arrived.