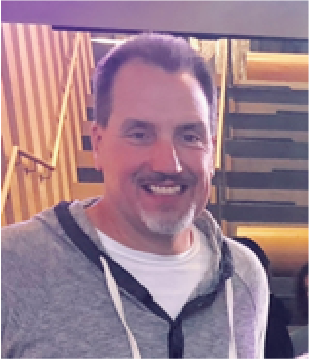 Tom grew up in a small town in northwest New Jersey; a country music hotbed. He decided to change careers to combine his love of music and salesmanship skills. He moved to Nashville without knowing anyone, and six months later he was a temp in the RCA finance department.

Three months later, he was hired as Creative Director at Music Genesis Music Publishing. There, he worked with five staff writers including the lead singer of platinum band Lonestar, Richie McDonald. His next stop was Zomba Music Publishing where he worked for five and half years. After a short stint at Acuff-Rose Music, Tom has spent the last 16 years at EMI/Sony/ATV Music Publishing. He has worked with Rhett Akins, Jamey Johnson, Jon Pardi, Drake White, Thomas Rhett, Jon Langston, Brad Rempel of High Valley, and others. Over his career, Tom has had a hand in 300 major label cuts. He has pitched over 25 #1 songs including: “All About Tonight”, “Honey Bee”, “All Over Me”, “Farmers Daughter”, “It’s 5 O’clock Somewhere”, “Honky Tonk Ba Donka Donk”, “Ladies Love Country Boys”, “Don’t Forget To Remember Me”, “When She Says Baby”, “Setting The World On Fire”, “Young and Crazy”, and “Break On Me”.

Tom has a Bachelor of Science degree from Seton Hall University. He is married and has two daughters and a son.