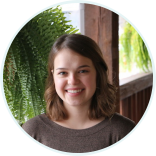 My hometown is Alabaster, Alabama.

I grew up in a musical household and became a musician at a young age, but I’ve always had an array of other interests. If I am being honest with myself about what I am truly passionate about, it’s listening to music and being involved in the musical process. In the quest of becoming a scholar of cultural anthropology, I discovered that there are careers in music industry that would really suit me.  I picked up a minor in music industry at Troy University and fell in love.

Here’s a few, because live shows are one of my favorite things, and it’s hard to pick just one. Kings of Leon front row in New Orleans, April 2015 (+ six other KOL shows). Bahamas at the Mercy Lounge here in Nashville, January 2016. Alabama Shakes at Track29 in Chattanooga. Preservation Hall Jazz Band, at Preservation Hall. Van Morrison at Ascend. NSAI’s 50th Anniversary show at the Ryman, September 2017. Leon Bridges at the Ryman in February 2016. Plus, all eight + times I’ve seen The Weeks all over the Southeast. And all the Bluebird shows I’ve been to so far!

Most common genre for me?

GOSH. Very few limitations in the genre department for me. It changes with the seasons too. In fall and winter, I’m listening to a lot of jazz, R&B and blues. In spring and summer, I’m digging bluegrass and country a lot more. I love a lot of indie, rock, alternative, and soul (and neo-soul) music every minute of every day.  I’m down with classics and new age music, whatever “strikes a chord” with me at the time and place. Music is an experience, not a category.

Again, this is a toughie. Van Morrison, Kings of Leon, The Weeks.

What brought you to NSAI?

NSAI was my top choice when I was looking for an internship to complete my degree. I loved the idea of getting to learn so much about different facets of the industry and meeting so many people, and that internship quickly became one of the most beneficial experiences in my life and career. I was blessed to be hired on within three weeks of my internship, and become official in January 2018.

I love Brown’s Diner, but there are so many. Nashville’s food scene is out of this world. Especially compared to east-Jesus-nowhere, Alabama. (No offense Troy, I really love Sister’s and Hook’s BBQ there.)