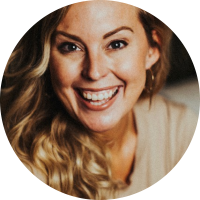 Join us for an evening with NSAI Director of Chapters Amanda Flynn Phillips as she talks candidly about her journey in the music industry.
She'll be sharing the heartbreaking detours, hilarious happenstances, and everything in between on the road that got her here.

If you are unable to attend this workshop in person, please note that it will be available for live streaming and e-distributed for later viewing.

Amanda Flynn Phillips was raised in the tiny truckstop town of Smiths Grove, Kentucky, and in her words "born a month too early and twenty years too late." Named after the Bob McDill penned classic "Amanda" (Waylon's version), her love for all things songwriting and Country Music began from the very beginning.

Soon after moving to Nashville in 2008, Amanda signed her first publishing deal as a songwriter with Leslie Dipiero and Victoria Shaw. From there she had success with film and TV placements, several album cuts, and two singles with artist Katie Armiger ("Best Song Ever" and "So Long"). Amanda was also a co-writer on Chase Rice's song "Jack Daniels & Jesus" from Rice's "Ignite the Night" album that debuted at number one on the Billboard Top Country Albums. "Jack Daniels & Jesus" also went on to be the name of his headlining 2015 tour.

Amanda went on to be a staff writer for Sony ATV and Wide Open Music Group. While at Wide Open, Amanda served a dual role as songwriter and Creative Director, discovering a new love for music on the business side of the music business. While there, Amanda began curating special networking events; such as "Hits & Giggles" and "Workin' Women's Wednesday." Embracing all creatives in town; combining new-to-town dreamers with seasoned Music Row veterans.

She continued to showcase her unique ability to create community and nurture songwriters alongside roles with the historic Acme Feed & Seed and Grand Ole Opry.

Her enthusiasm combined with her ‘grit and grace’ approach towards songs and the ones that write them have continued to launch her into what is proving to be a successful impact and career here in Music City. Through the years in an ever-changing city, one thing has always remained for Amanda; the songs are what drove her here and it's the songs that continue to drive her today... and what better place to land, than becoming the Director of Chapters with NSAI, where "it all begins with a song."

Brought to you by: