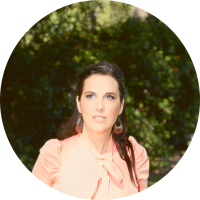 This workshop will be featuring hit songwriter, Sarah Siskind! Sarah will be giving advice on how to overcome roadblocks as a songwriter!  We will finish up with an audience Q&A. Don't miss it! This event will take place in person at NSAI Headquarters, 1710 Roy Acuff Pl. Nashville, TN 37203. Limitted parking will be available in our lot. There is also parking available on the street and in neighboring paid lots. Doors will open at 5:15pm CT, if you arrive earlier than 5:15pm, you will be asked to wait on the covered front porch. Upon arrival, please check in at the front desk. NSAI non-members are permitted to observe two workshops prior to joinning at no cost. If you have attended more than two workshops as a non-member you will be asked to join. NSAI Weekly Workshops take place in our studio. Please note that food and drink are NOT permitted in the studio. If you are not able to attend this workshop in person, NSAI will be live streaming to our website, below you willl find a link to watch the workshop on the day and time of the workshop. NSAI does not require you to wear a mask, but we encourage byou to do what feels comfortable to you. This event will not take a credit.

Not only has Siskind created an album that takes a magnified look at herself and the place that made her, but she also hopes that the inherent dichotomy of the phrase “Modern Appalachia” will inspire conversation. What does Appalachia mean in current times to those living there, and what does it mean to those living elsewhere? Is it not just a word in a history book, but a living, breathing, and ever-evolving way of life? But, as far as the question “What does Modern Appalachia sound like?,” this rooted but wild 12-song journey may be your answer.

Siskind grew up in a North Carolina house so steeped in music; she claims it as her first language. “I almost find it hard to talk about my music,” laughs Siskind, “speaking is really my second form of communication.” After moving to Nashville at the age of 20, her song “Goodbye Is All We Have” was recorded by Alison Krauss, which led to a job at Big Yellow Dog as a staff writer. Siskind went to have songs recorded by Randy Travis, Wynonna, Point of Grace, Madi Diaz, and countless others.  Her music has also found its way onto television, where her songs have been heavily featured on CMT’s’s Nashville, as well as on MTV’s Teen Mom 2, MTV’s Awkward, ABC’s Pretty Little Liars, Lifetime’s Army Wives and HBO’s The Wire. She made her primetime TV debut in 2014, performing Nashville’s hit “A Life That’s Good” from the Ryman stage with the show’s cast and co-writer Ashley Monroe.

But her notoriety as a songwriter has not overshadowed her virtuosity as an artist, with The Huffington Post stating, “Siskind has been compared to Bonnie Raitt and Brandi Carlile, but in my humble opinion, she’s incomparable.” In 2009, Siskind released her album Say It Louder on Thirty Tigers, which met with critical acclaim and won “Americana Album of the Year” at the Nashville Music Awards. Her earlier album Covered, the release of which was derailed due to health issues, was brought back to life in 2014 by Justin Vernon (Bon Iver), who personally sought it out for re-release on his record label Jagjaguwar.

Since then, Sarah has become a regular NPR performer, with features on Tiny Desk concerts, World Cafe with David Dye, All Songs Considered, Song Of The Day, and most recently Mountain Stage. She has toured with Bonnie Raitt, Lee Ann Womack, Paul Brady, Bon Iver (who also famously covered her “Lovin’s For Fools”), and The Swell Season.