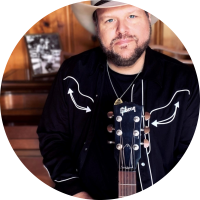 Get feedback on your song and connect with other writers at a LIVE WORKSHOP held in person at NSAI! This is a member-only event, and you must be present to receive feedback. It will not cost you a credit to attend. This event will take place in person at NSAI Headquarters, 1710 Roy Acuff Pl. Nashville, TN 37203. Limitted parking will be available in our lot. There is also parking available on the street and in neighboring paid lots. Doors will open at 5:15pm CT, if you arrive earlier than 5:15pm, you will be asked to wait on the covered front porch. Upon arrival, please check in at the front desk. NSAI non-members are permitted to observe two workshops prior to joinning at no cost. If you have attended more than two workshops as a non-member you will be asked to join. NSAI Weekly Workshops take place in our studio. Please note that food and drink are NOT permitted in the studio. If you are not able to attend this workshop in person, this workshop will not be re-distributed for later viewing, so if you plan to attend, mark your calendar and arrive on time. NSAI does not require you to wear a mask, but we encourage you to do what feels comfortable to you.

For this song feedback, we will be listening to your songs in first verse first chorus fashion. We will be taking 30 songs in total. Members from over 75 miles outside of Davidson County, or over a 2 hour drive will be given priority. If you plan to submit a song please be prepared with an MP3 or CD version of your song along with two lyric sheets. Cassette tapes will not be accepted.