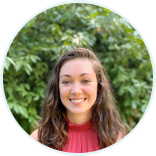 Born and raised in Norwalk, CT, Nora was a competitive Irish dancer and found herself competing in Nashville, TN, for the North American Irish Dance Championships. After coming year after year to compete, the city and music slowly began to grow on her. After graduating from Eastern Connecticut State University with degrees in early childhood education and psychology, she taught in CT, before accepting a teaching position in Nashville, TN. Music has always been an important part of her life. After moving to Nashville, she surrounded herself with music by going to writer rounds, seminars, and learning as much as possible about the music industry.

I always had to listen to music growing up for dance, so I never found my own taste in music until I was taken to the Grand Ole Opry. Lil Jimmy Dickens was performing and before each song he was cracking jokes and telling stories. His on-stage presence made me pay attention to the songs, and I quickly fell in love with the stories behind and in each country song. From then on, I was constantly finding the stories in music.

Best concert you have ever been to?
It’s hard to pick just one, but if I were to give my top 3, I would say Anderson East opening at the Xfinity center in Hartford, CT, Wilder Woods at Basement East, and any Caitlin Smith show easily becomes a favorite.

What music are you listening to?
I am listening to a little bit of everything right now: Lainey Wilson, Fancy, Joy Oladokun, Morgan Wade, Sasha Sloan, Lori McKenna, Lennon Stella, and Caitlyn Smith.

Who is your favorite artist/band?
Miranda Lambert, Lori McKenna, and Caitlyn Smith

What drew you to NSAI
The work that NSAI does to advocate for songwriters mixed with my love for songs and songwriters is what drew me to NSAI.