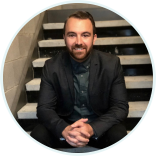 ABOUT RYAN CUNNINGHAM
Growing up in a small mountain town in North Carolina, no one understood Ryan's passion for the music industry. Met with doubts and disbelief, this Carolina son now calls Music City, and the music industry, his home. As an active member of Music Row, Ryan has worked a career that has involved being the A&R Director at OakHill Music, Director of Artist Management at Music Row Management, Social Media Coordinator/Publicist at PLA Media, and Artist Manager roles at The Holland Group and Banner Music. Ryan is excited to use all his previous experience to serve the songwriters he'll be working within his new role as a Membership Representative at NSAI. GET TO KNOW RYAN CUNNINGHAM 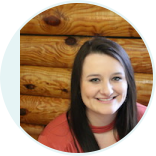 ABOUT KALEE REEVES
Kalee Reeves is from a small town in North Alabama called Susan Moore. She graduated from Auburn University with a degree in Public Relations in 2017 where she worked as a marketing intern for the athletics department. Upon graduating, her love of music and entertainment led her to search for a career in Music City. She has interned on Music Row at Parlor Productions before she lived in Auburn, working with acts such as Stella Parton, Deana Carter and Lynn Anderson before she passed. Kalee has been an extra on music videos and television shows like "CMT Top 20 Countdown" and "Nashville." She is a member of Audience Company Nashville where she is a seat-filler for major awards shows such as the CMA's, ACCA's and the CMT Awards. In her free time, she loves to go to festivals, write music and work merchandise booths for concerts. GET TO KNOW KALEE REEVES 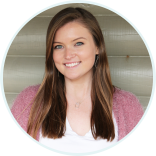 ABOUT LEAH HUDSON
Leah grew up in Alabaster, Alabama and moved to Nashville after studying Cultural Anthropology and Music Industry at Troy University. She’s been with NSAI for two years and has been involved with a variety of projects, events, and workshops as she has been called Intern, Receptionist, Executive Assistant, and most recently, Membership Representative and Director of Membership Events. Leah has outside experience in booking, stage management, artist development, and is passionate about R&B and Rock N’ Roll and (mostly) everything in between.
GET TO KNOW LEAH HUDSON