ONLINE WORKSHOP SERIES: 5 Things All Songwriters Should Do Right Now with Lauren Lucas 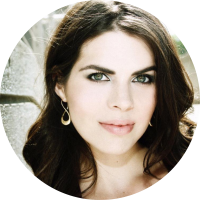 Lauren Lucas shares 5 Things All Songwriters (THAT'S YOU) Should Do Right Now! No advance sign-up necessary. Check out this page on the event date above to view this workshop. Nashville singer/songwriter, Lauren Lucas, knows first-hand the familiar story of a small town, South Carolina girl moving to a music city, only to have her dream locked away in the vault of a major label. Once she was free to release music in her own way, Lauren partnered with Grammy-winning engineer, Chad Carlson, for her critically acclaimed EP, If I Was Your Girl. With Lucas' engaging melodies and soulful voice, the project caught the attention of Lady Antebellum's Charles Kelley, who requested to hear the title track in an on-air radio interview with Hall-Of-Fame DJ, Gerry House. In 2011, armed with another project titled, On with the Show, Lucas explored new points of view, both lyrically and musically. She blended her rootsy-soul with more pop-tinged melodies, reminiscent of her influences, such as Jonatha Brooke, Bonnie Raitt, John Mayer, and Norah Jones. The Academy of Country Music and Tony Award nominee released her fifth studio recording in August 2019 with the summer single, “Go Home Paul”. Lucas showed depth and maturity with this single as she explored new territory showcasing her musicianship on guitar and intimate vocals. Written by Lucas and Grammy nominated hit songwriter, Jay Knowles (Harry Connick, Jr., George Strait), the story of, “Go Home Paul,” makes the listener feel as though they’re keeping a secret or eavesdropping on a private conversation. Lauren said, “‘Go Home Paul’ has been one of my favorite songs that I’ve been a part of as a songwriter. I’ve had both women and men come up to me after shows and tell me they relate to the story, so I’m thrilled to finally have it recorded and released into the world! Some of my favorite songs to listen to as a fan evoke emotion in me because they cut right to the truth. I hope we wrote this song personal enough that it feels universal to the listener.” On the heels of touring with the Bacon Brothers (Kevin and Michael) in support of “Paul”, Lucas headed straight into the studio to begin recording her recently released holiday EP, Joy and Cheer. Sparse on production, but long on sound, the EP gives the listener an acoustic, almost front porch feel, perhaps evoking her South Carolina roots. Growing up singing from the Great American Songbook, Lucas draws from her jazz and show tunes influences for the witty original track, “I’d Be Fine with Christmas Time”, which she penned with Matt Ridenour (Jonny Lang/Julie Roberts). The two covers on the EP highlight the soulful sound for which she is best known. Her take on Ray Charles’ “That Spirit of Christmas” oozes with honey-dripped vocals and a choir that aims straight for your heart, while her minimalist cover of “Auld Lang Syne” lets the acoustic guitar and familiar melody own the track. A string of new singles are planned for 2020. In addition to her own music, you’ve heard Lucas’ work as a songwriter and composer on Broadway, on other artist’s projects, and in film and television, including ABC’s hit reality show, Shark Tank. As a touring artist, Lauren has shared stages with Kenny Chesney, Old Dominion, Blake Shelton, Billy Currington, Maroon 5, Gabe Dixon, Maia Sharp, and The Bacon Brothers, to name a few. Lauren spent nearly three years touring with the all-female harmony band, Farewell Angelina, and penned several songs on their latest record.