ONLINE WORKSHOP SERIES: Don’t Be Afraid To Be Yourself with Phillip White 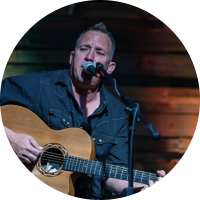 Tune in for this Online Workshop Series videos featuring professional songwriter Phillip White! Phillip is a three-time number one hit songwriter, an Academy of Country Music award winner, and Grammy nominated songwriter and producer who writes songs for some of the biggest artists in the business. George Strait, Luke Bryan, Chris Ledoux, Vince Gill, Darius Rucker, Reba, Blake Shelton, Rascal Flatts, and Jake Owen are some of the artists that have recorded Phillip's work. Among these include the 2002 ACM Song of the Year, the Rascal Flatts smash "I'm Movin' On," the theme song for Reba's self titled hit TV show "I'm A Survivor," and Blake Shelton's "Nobody But Me." As a performer, White has played some of the most legendary venues in the nation, including the Ryman Auditorium, The Grand Ole Opry House, The Station Inn, The Louisiana Hayride, The Bluebird Cafe, The Disney Theater, and The Florida Theater. Phillip’s debut album, Movin’ On Sessions Vol. 1, was released in 2019. He is currently recording Movin’ On Sessions Vol. 2 at Fame Recording Studios in Muscle Shoals, Alabama near his hometown of Rogersville. Read more about Phillip at www.phillipwhitemusic.com! Tweet us your questions @NSAIofficial