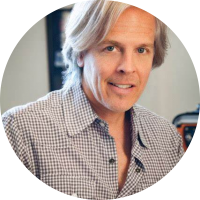 Marv captured his first number-one hit, 'True', recorded by George Strait in 1998. The following year he scored his second number-one with 'Amazed' recorded by Lonestar. 'Amazed' spent a record breaking eight weeks at number one on Billboard. Green was honered by BMI with their Song Of The Year Award in 2000. Green was awarded the BMI Songwriter Of The Year in 2001. Marv also claimed the ACM Song Of The Year for 'Amazed' as well as a Grammy nomination. Green collected his third number-one song with 'It Just Comes Natural' recorded by George Strait and his fourth number-one with the Carrie Underwood single 'Wasted'. His single with Brooks And Dunn titled 'Proud Of The House We Built' went top 5. Marv scored his 5th number-one song with Reba and 'Consider Me Gone' and Rodney Atkins took his song 'Farmer's Daughter' to the top 5. Marv co-wrote 'Creepin' by Eric Church. He also has had two songs placed in the 'Nashville' TV show with 'Wrong Song' (featuring Connie Britton And Hayden Panettiere) and 'Trouble Is' (feat. Hayden Panettiere). Marv's most recent number-one songs are 'Who I Am With You' by Chris Young and ’Shotgun Rider’ by Tim McGraw. Marv co-wrote the new Tim McGraw single 'I Called Mama'.

Marv joins us to share his best songwriting advice, when it comes to writing those real, raw, emotional songs. Don't miss it.

This workshop will take place as a pre-recorded video and will be made available on the event date listed, right here on this page!