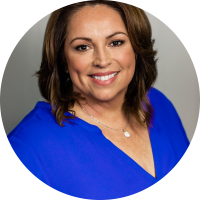 When Cyndi Forman packed her bags in 1996 to attend Belmont University, the road from Louisiana to Nashville was a familiar one. Her parents instilled a love of country music into their daughter at a tender age. Wayne and Peggy Forman have had cuts by legends such as Conway Twitty, Loretta Lynn and George Strait. Forman credits them with her passion for country music.  Being surrounded by songwriters as a child, she learned the art of recognizing and appreciating great songs.

After obtaining her Music Business degree from Belmont University, Forman became Creative Director at Balmur Entertainment. During her time at Balmur, she landed many cuts and was quickly recognized as a great “song person”. In 2002, she joined Almo Irving Music which became part of Universal Music Publishing Group in 2003 where she assumed the role of Creative Director.

In 2013, she was recognized as one of Music Row’s Rising Women on The Row by Music Row Magazine.  The Nashville Business Journal also recognized Forman at their annual Women in Music City Awards in 2015. Belmont University’s Mike Curb College of Entertainment & Music Business, alongside ASCAP, also honored Forman as the 2018 recipient of the Music City Milestone Award which recognizes a Belmont graduate who has achieved truly superlative success in the music industry. She is currently serving on the Recording Academy’s Nashville Chapter Board of Governors, as well as the Academy of Country Music’s Board of Directors.