This year’s gala honored 11 innovators and creators for their contributions to intellectual property.

“Intellectual property-driven innovations are changing the world, making it safer, healthier, and more connected,” said David Hirschmann, president and CEO of GIPC. “In an era where technology is ever-changing, it’s increasingly important to incentivize and protect the inventions and creations so that the life-transforming benefits can reach consumers around the world. We are proud to recognize this year’s winners as intellectual property visionaries, pioneers, and guardians.”

The following awardees were recognized for their contributions to promoting or protecting IP:

Peter O’Doherty is the head of the Economic Crime Directorate for the City of London Police. London is one of the world’s leading international financial and business centers, and O’Doherty’s unit is responsible for tackling fraud, which threatens economic stability in London and around the world. Under his leadership, the department has successfully swept millions of pounds’ worth of counterfeit goods off the streets. The unit also launched a new cybersecurity team that combats cybersecurity threats and dangerous online actors in the United Kingdom.

Nick Court is the Chief Detective of the Police Intellectual Property Crime Unit (PIPCU) for the City of London Police. Established in 2013, the PIPCU was created to investigate and prevent intellectual property crime in the United Kingdom – and it has done exactly that. The PIPCU is responsible for suspending 30,000 websites selling counterfeit goods and investigating more than £100 million concerning imitation products and digital piracy. Most recently, Court and his Unit have focused their efforts on warning consumers of the dangers of fake car parts and combatting illegal online streaming.

Alvin Roth is the Founder of the Kidney Exchange and a 2012 Nobel Prize winner. Using his understanding of market matching, Roth, a professor of economics, developed the algorithm that pairs compatible kidney donors and recipients. Since the first paired kidney exchange in 2000, thousands of people have received kidney transplants identified through paired exchanges.

Inderjit Jutla is a founder of Aluna, a San Francisco-based technology company that offers chronic respiratory patients a specialized system to help them better understand and control lung health. Pairing his engineering education and experience with asthma, Julta was inspired to turn an expensive hospital device into a self-management program that empowers people, specifically children, to stay healthy. 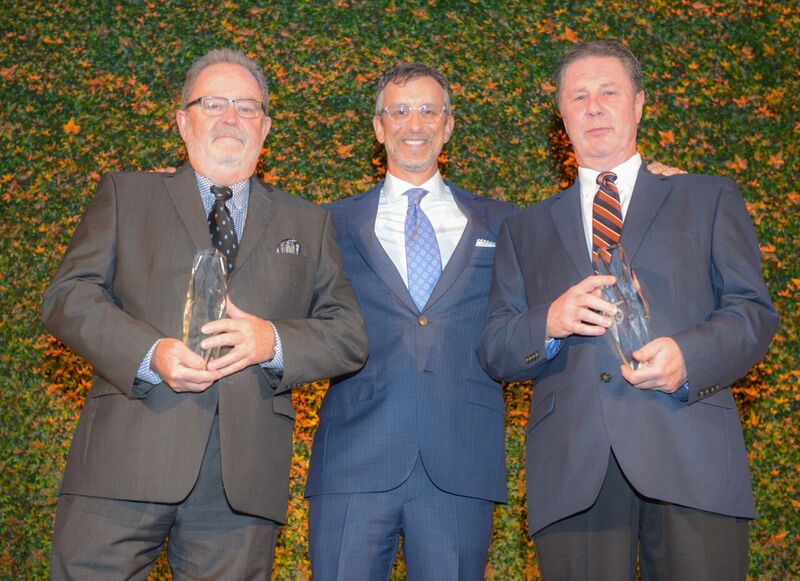 Bart Herbison and Steve Bogard are the Executive Director and Board President of the Nashville Songwriters Association International (NSAI) respectively. Herbison and Bogard are steadfast advocates for songwriters and have shown great commitment to protecting the rights of and serving aspiring and professional lyricists. Both counsel lawmakers on the most challenging issues songwriters face and were instrumental in the introduction of the Music Modernization Act.

Kristie Macosko Krieger is an Academy Award-nominated producer, serving on the senior leadership team at Amblin Partners. Krieger has worked closely with Steven Spielberg for over 20 years and has produced several acclaimed movies, including Lincoln, War Horse, Bridge of Spies, The BFG, and Indiana Jones and the Kingdom of the Crystal Skull. Most recently Krieger produced the Spielberg-directed film Ready Player One, based on the best-selling book by Ernest Cline, and The Post, a drama inspired by the Washington Post’s first female publisher, Katharine Graham (Meryl Streep), and its driven editor, Ben Bradlee (Tom Hanks).

Kira Goldberg is the Executive Vice President of Production for 20th Century Fox, overseeing much of the production company’s film development. Goldberg specifically focuses on creative efforts and has worked on several high-profile productions throughout her esteemed career, including The Greatest Showman starring Hugh Jackman, Red Sparrow starring Jennifer Lawrence, and She’s Out of My League.

Professor Liu Chuntian is the Founding Dean of the Renmin University of China Intellectual Property Academy and leads a life dedicated to strengthening IP in China. He was the country’s first IP lawyer and has helped to craft China’s Copyright Law, Trademark Law, Patent Law, and Anti-Unfair Competition Law since the 1980s. He has received several acknowledgements and honors for his work in IP, including The Most Influential IP Person in China by the State Intellectual Property Office of China (SIPO), the State Administration for Industry & Commerce of China (SAIC), and National Copyright Administration of China (NCAC).

Mary Wilson is an American vocalist, solo artist, and best-selling author, best-known for founding the Supremes and becoming a Motown legend. Even after the Supremes, Wilson continued her passionate musical career, releasing three albums and five singles, writing two autobiographies, and becoming a music rights activist. Wilson’s illustrative career has reached so many people and has cement her legacy in the music industry. In 1988, she was inducted into the Rock and Roll Hall of Fame alongside fellow Supremes Diana Ross and Florence Ballard.

When Maxtech Founder and CEO Uzi Hanuni heard that cave walls were blocking all normal radio signals and water from the monsoon season was posing significant challenges for rescuers attempting to rescue the Thai soccer team and coach, he deployed an engineer and several of his MashMex radios. Hanuni’s revolutionary system established a radio network in the cave through virtual infrastructures that allowed rescuers to communicate with the soccer team successfully. Hanuni was inspired to create a better form of emergency communications after many first responders were unable to use radios and other devices during the attacks on the World Trade Center in 2001.

The Chamber’s Global Innovation Policy Center is working around the world to champion innovation and creativity through intellectual property standards that create jobs, save lives, advance global economic and cultural prosperity, and generate breakthrough solutions to global challenges.

The U.S. Chamber of Commerce is the world’s largest business federation representing the interests of more than 3 million businesses of all sizes, sectors, and regions, as well as state and local chambers and industry associations.

Watch the webcast of the 2018 IP Champions Gala at https://www.uschamber.com/event/2018-ip-champions-gala. 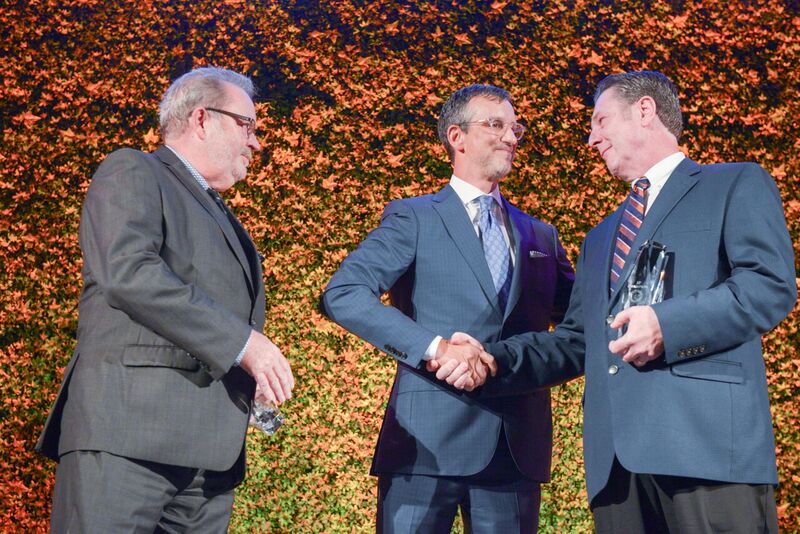 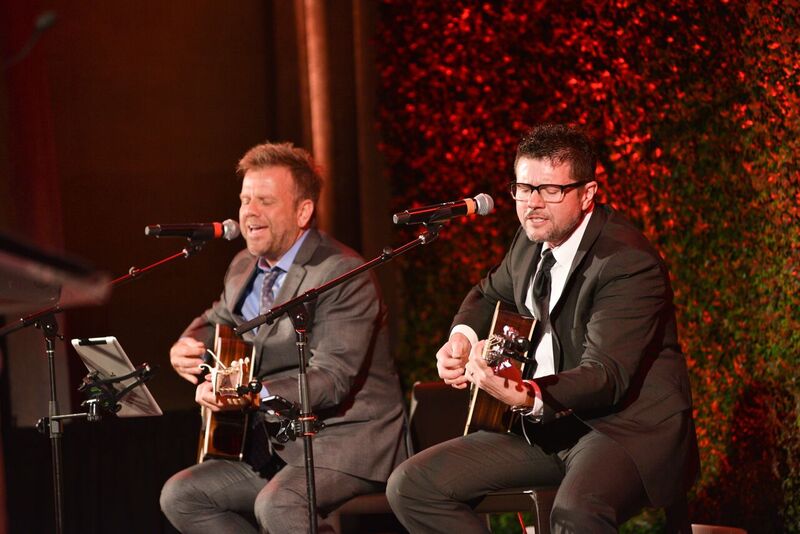 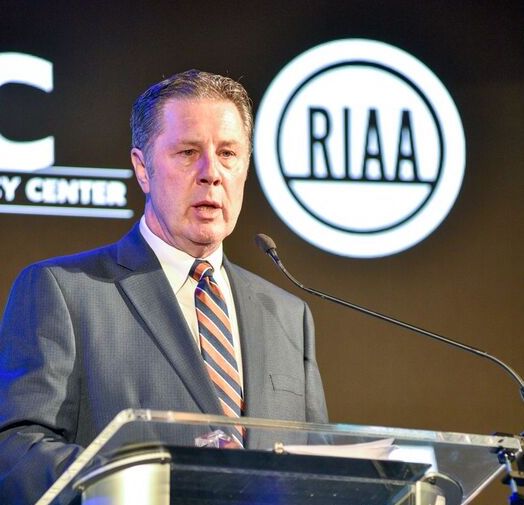 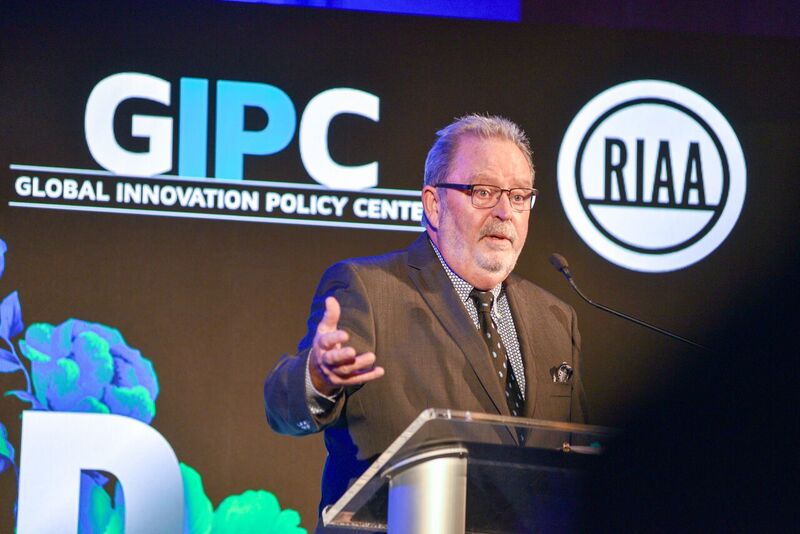