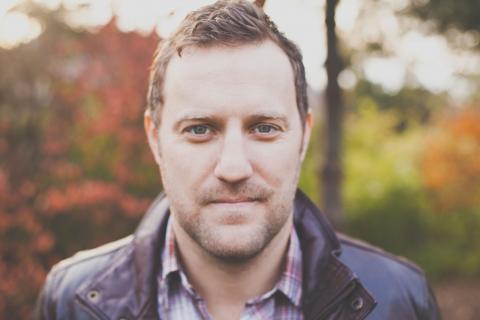 On January 21, NSAI held a Wednesday With A Pro workshop led by songwriter/producer Ben Glover! If you aren't familiar with this event, Wednesday With A Pro is a 1-2 hour session set up living room style in the studio where pros talk about their career journey and offer professional advice by answering questions asked by those in attendance.Attendees are also typically treated to a song or two. WWAP is one of our most personal and interactive learning experiences you'll have as a member. Ben discussed his experience as a songwriter and becoming a producer through opportunities that came his way from hard work and relationship-building. He performed "Hard To Love" (Writers: Ben Glover, Billy Montana, John Ozier; Artist: Lee Brice) and "Come As You Are" (Writers: David Crowder, Ben Glover, Matt Maher; Artist: Crowder)

About Ben Glover: Ben Glover is a Grammy award winning songwriter and producer hailing from Loveland, Colorado, a small city on the edge of the Rocky Mountains. Glover moved to Nashville in 2000 after signing his first deal the year prior. Originally getting his start as an artist, Glover spent the early part of his career touring, but quickly discovered he preferred the lights of a studio to the ones on a stage so he chose to get off the road and focus his attention on the craft of writing and producing songs. The results of that decision proved successful as he has penned twenty-six #1 hits in multiple genres of music and was named ASCAP’s Christian songwriter of the year in 2010, 2012, and 2013. Glover wrote the hit country songs, "Hard to Love" by Lee Brice and "Love Don't Run" by Steve Holy along with numerous hits in Christian music including, "All This Time" and "The Lost Get Found" by Britt Nicole, “Write Your Story” by Francesca Battistelli, and Mandisa’s songs ”Stronger" and “Overcomer,” the latter of which won a Grammy award. Along with his credits as a songwriter, Glover has also achieved some notable success as a producer, writing and producing the songs, “Busted Heart” and “The Proof of Your Love" by the band For King & Country, and the song, “Greater” by MercyMe. Glover has had over 350 songs recorded in multiple genres of music by artists such as Chris Tomlin, MercyMe, Crowder, Trace Adkins, Gloriana, Thompson Square, The Backstreet Boys, Amy Grant & James Taylor, Marc Broussard, Clay Walker, Joy Williams, Brandon Heath, Josh Wilson, The Afters, Colton Dixon, Newsboys, Kari Jobe, and many others.