August 1- August 31 “Recommended” Songs Considered for P2P Luncheon
Congratulations to the writers below who had songs recommended between August 1st and August 31st for consideration for our Publisher Luncheon. These were submitted to the Song Evaluation Service and were recommended by the NSAI Evaluators who reviewed them.

NSAI staffers will review all songs recommended between August 1st and August 31st and will choose up to 15 for the October 2016 Publisher Luncheon.

Writers below had songs “Recommended for Consideration” from August 1- August 31:

*Names listed above do not reflect writers who have had songs recommended at any time other than
August 2016.

Ones To Watch
These writers are being recognized by our evaluators as writers who are on the rise! These members have gotten the attention of our evaluators for their unique and promising writing skills. Keep an eye on these folks… they just keep getting better!

*Writers above were recognized during the month of August 2016. 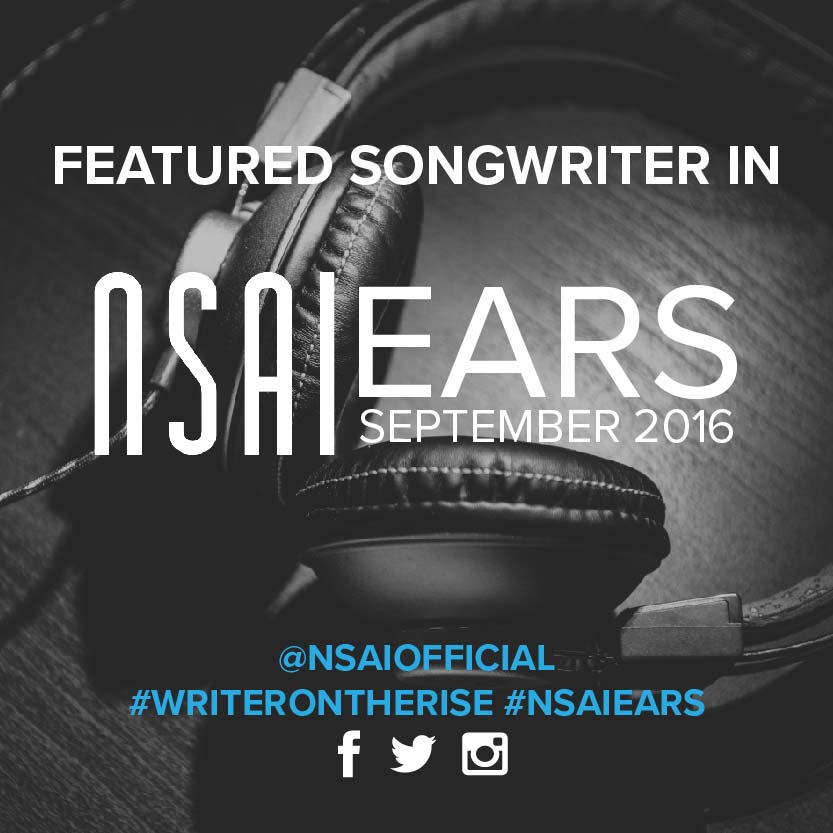 Want to share with your friends that you've been recommended in this month's EARS?! Share the link: http://bit.ly/EARSSept2016 and the graphic to the left on Instagram, Twitter and/or Facebook and mention us @NSAIOfficial! Be sure to use the hashtags, #WriterOnTheRise and #NSAIEARS. Congratulations!!!