A little over a decade ago, I received priceless career/life advice from a well-respected boss. In reviewing a business report I gave him, he asked me why I analyzed the information the way I had. My response was “That’s the way we’ve always done it.”

Wrong. Answer. This response to any question kills productivity and creativity. It is never acceptable. History teaches us nothing stays the same. Change is inevitable. What once worked, eventually will not. When you are writing songs in an effort to get them recorded, you can’t just keep doing what you’ve always done.
Listen to current music
You don’t have to love it, but you need to know it. Music, like everything else, changes. A great song will always be great, but what was being played on the radio just 10 years ago is MUCH different than what is being played on the radio now. Guess what?! It will also be different 10 years from now. Songwriters must be able to identify current trends as well as figure out what the next one will be. You cannot do that if you don’t know what songs are currently playing over the airwaves and what artists are singing them. It is a tricky balance between writing songs that are truly you, but also songs that work in the current landscape of music. When songwriters find that balance, amazing songs are written, heard by the masses and start moving people.
Get feedback from trusted and knowledgeable sources
This means asking someone other than your best friends, siblings and parents. You need to get feedback from people who know the industry and songwriting in particular. These individuals need to be honest with you and you need to be willing to take and apply the constructive feedback. It’s difficult to hear the negative comments, but it will only help you grow as a songwriter in the long run.
Write and write and write and write
Although the art of songwriting is creative, it still takes practice. The more you do it, the better you get. If you talk to a successful person in any field, they will automatically tell you how important practice is. You cannot achieve anything without practicing and improving over time. There are plenty of examples.
“I've always considered myself to be just average talent and what I have is a ridiculous insane obsessiveness for practice and preparation.” – Will Smith (December 18, 2006, IGN.com interview with Todd Gilchrist)
“I’m addicted to my songwriting. That’s my favorite thing I do. I write something almost every day.” –Dolly Parton (April 9, 2012, The Boot, “Dolly Parton Songwriting a Source of Gifts and Rifts” by Deborah Evans-Price)
After that day at the office, I never again responded to the question “Why?” with “That’s the way we’ve always done it.” I hope you won’t either. Besides, I am looking forward to listening to some amazing songs and those cannot be written doing the same things you’ve always done. Otherwise, we’d be listening to the same song over and over and over and over again. 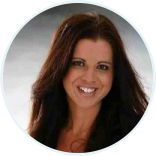 This month's staff post was contributed by Director of Sponsorships, Krista Darting.
News
No
My Cart [0 items]