This edition of Heart & Song was contributed by Nashville based artist/songwriter, Jamie Floyd. 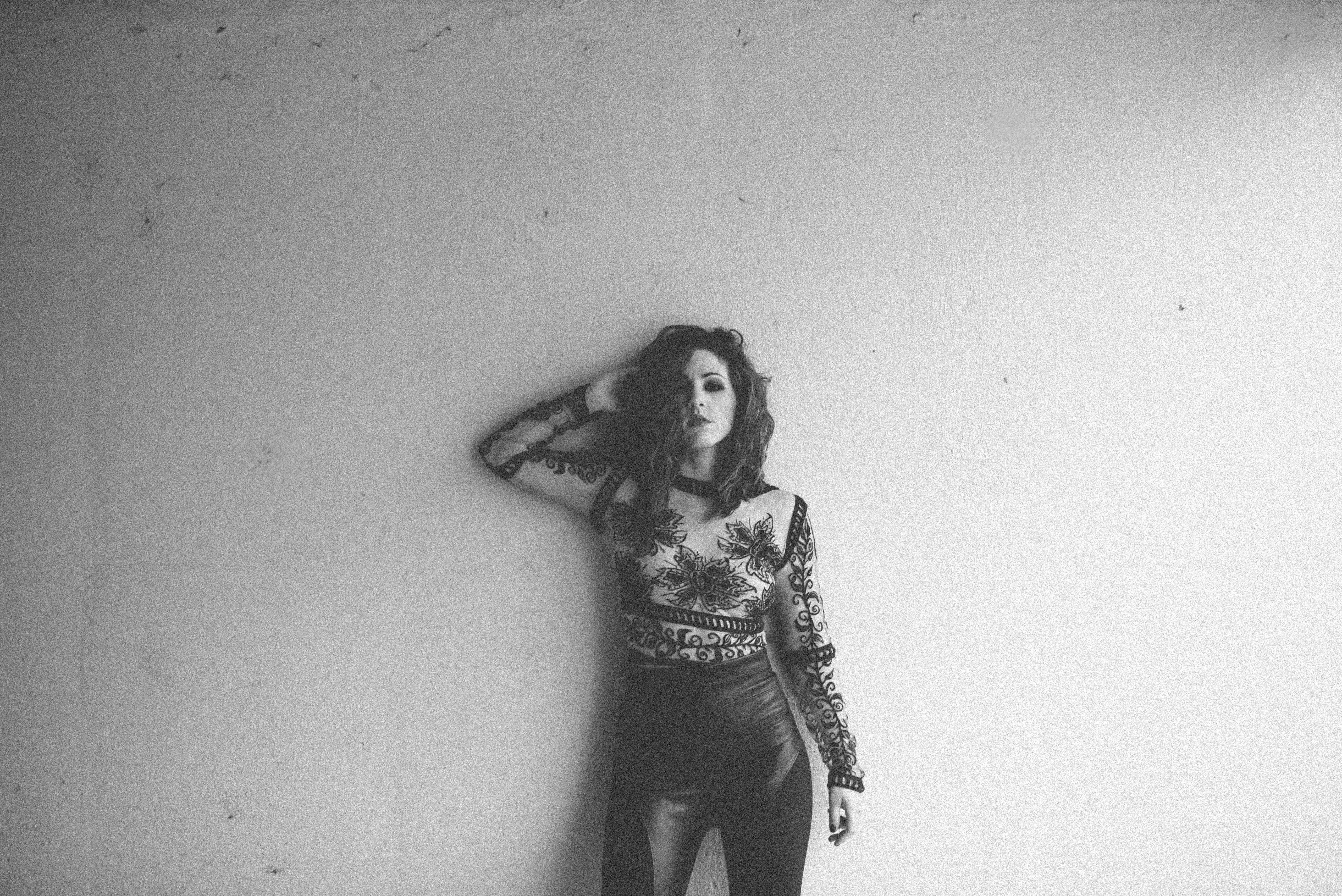 I have always done things the hard way, though I have learned sometimes the hard way is also the best way. I am by no means the authority on anything music business related, though I have experienced so many sides of this industry 20 plus years of being professionally involved- I am happy to share my insight. I will also share some of my story in hopes that it would inspire you, whoever you are, to never, ever let anyone tell you no--if you know in your heart what it is you should do and dream--go do it and go live it. I certainly am trying to do just that, and it has been the most  brutal, beautiful thing I have ever done. Sending you all my support. Here is my story:

I am originally from West Palm Beach, Florida, and I moved to Nashville in 2003. Long before that, I began the process of recording and subsequently being signed to a production/development/publishing deal with Epic Records and Warner Brothers Music Publishing, starting when I was 11.

When everything was finally in full swing, negotiated and ready to go, I began what has been a 20 year journey, so far. In 2000, I was brought to Nashville, and had my first cowrite ever--with Greg Barnhill and Jim Daddario. My mom remembers them telling her that day, that I had the heart and the ability to be a songwriter. I always go back to that memory because a) Greg and Jim had written songs I idolized and here they were encouraging me at such a pivotal time in my life and b) that was the moment that it became as real as it had ever been to me--that I did not just have to dream about being a songwriter: I could actually BE one.

I eventually parted ways amicably with Epic, mostly because they offered me a pop record deal that I could not take/do what was expected of me, in good conscience. Though I have a love of all music, I have always wanted to be a part of country music and that's where my roots were and are. I couldn't start my career out pretending to be something I was not. I walked away from that offer when I was 17, and moved to Nashville to "start over" at 18. I did not have a car when I moved but I had the money I had saved from working a full time restaurant kitchen prep job in downtown West Palm, for the year that would've been my senior year in high school (I homeschooled myself through high school and graduated a year early) so I could afford to get myself to Nashville. I did everything I could to facilitate my move, including hounding/ begging Belmont University to give me every scholarship I could possibly qualify for! I started Belmont in the fall of 2003, exactly a year after my record deal ended, and haven't looked back since. I decided then that I would work as hard as I possibly could for as long as I had to, to make this dream a reality. Nothing was going to stop me-I knew that even at 17.

I dropped out of college after almost 2 years and during that period, I was working full time opening a bakery in the wee hours of every morning then going to class from 2pm to 9pm, then staying in the studio basically from 9am until I had to work again the next morning. It began to burn me out. I decided the best decision I could make at the time was to keep my full time job but forgo school in order to have the time to write full time and play shows. A couple of years into that plan, I was signed to my next publishing deal at the age of 22, by industry veteran Lisa Johnson and legendary songwriters Bill Shore & David Wills. After that came to an end, the next publishing deal I signed was with legendary hit songwriter Steve Seskin. Someone had cancelled on the cowrite he and Pete Sallis had scheduled, so Pete invited me to join as the 3rd instead. I did, brought an idea that many told me was too intense and sad to write--and we wrote it. The following night Steve came to the showcase I was fatefully having for a group of publishers in town and he beat them all to the stage afterwards and said "What if I sign you?" 24 hours after we met. He did not have a publishing company. He actually offered to create one for me. Steve and I had a wonderful partnership together that spanned 4 years. I consider him my dear friend and mentor to this day and will always be grateful for what we accomplished together.

When my deal ended with Steve (we almost signed a joint venture with a major publisher before our deal ended..and in the final hour of negotiations that publisher tried to make Steve and I agree to a very unfair point in the contract and so we walked away..disappointing at the time but ultimately the greatest blessing in disguise), I decided to see what would happen if I took a break from being signed by a publisher. I knew that meant I was going to have to go back to working full time waiting tables to pay myself my salary to write full time. Within months of transitioning back into working at the restaurant and becoming my own publisher, I got the call to write the original music for Dolly Parton's Christmas movie "A Country Christmas Story." I wrote the finale of the movie as well as the song R&B superstar Brian McKnight sings in the film. I had to stay up through the nite after bartending to write those songs and make the movie's deadline. Both songs made it into the film and that was the beginning of my career as a project writer in film.

In addition to the film opportunities, I continued to write for my own artist project and for artists making major label projects. Before work one day, I wrote a song with Marc Beeson and Allen Shamblin called "The Blade," which went on to be cut by Ashley Monroe and Miranda Lambert and was the title track of Ashley's record which was nominated for a Grammy this past February. I also recorded my own version of "The Blade" which appears on my independently released EP "Sunshine and Rainbows." I was able to facilitate the release of my project and press campaign and EP release show because of my work in film. Any profit I have made as a publisher has gone directly back into my business. I plan to continue on that course until I am able to fully support myself and my career without the restaurant. Until then, though, I leave my write everyday at 3pm to go work at the restaurant, clean bathrooms, do dishes, wait on our customers and then clean up until midnight. I refuse to let my circumstances and lack of the classic support system stop me from working toward my goals. I am grateful for every opportunity and I give everything I have, every time I have the chance. This town has broken my heart more times than I can count, but somehow, little by little, my dreams are actually coming true. I honestly believe it is because, after all this time, I never gave up--even after every failure and "no" I  heard over and over again.

Throughout these last few years of being my own manager, publisher, booking agent, you name it-- I have had more happen than has ever happened during the rest of my years in this industry combined. Having said that: I would encourage all the serious new writers and artists moving here to not subscribe to the classic storyline. By that I mean--if you don't have or can't get a publishing deal (or any deal) with the powers that be, if you don't have any major cut to speak of yet, even if you are your only champion--do not let those things stand in your way. Make them work for you. I am here to tell you: if you are willing to work tirelessly (and sometimes without results for periods of 10 years at a time) and continue to improve your craft...if you make it your mission to walk in the footsteps of the songwriters who have changed this world (like modern day legends Mark D. Sanders, Allen Shamblin, Dean Dillon, & Lori McKenna to name a few) and hold yourself to THOSE kinds of standards...someday, something will happen. The work will pay off in one way or another and what is meant to find you, will. I am living proof--take it from me, a publisher-free waitress with a Grammy nomination. You can do anything. Believe in you. 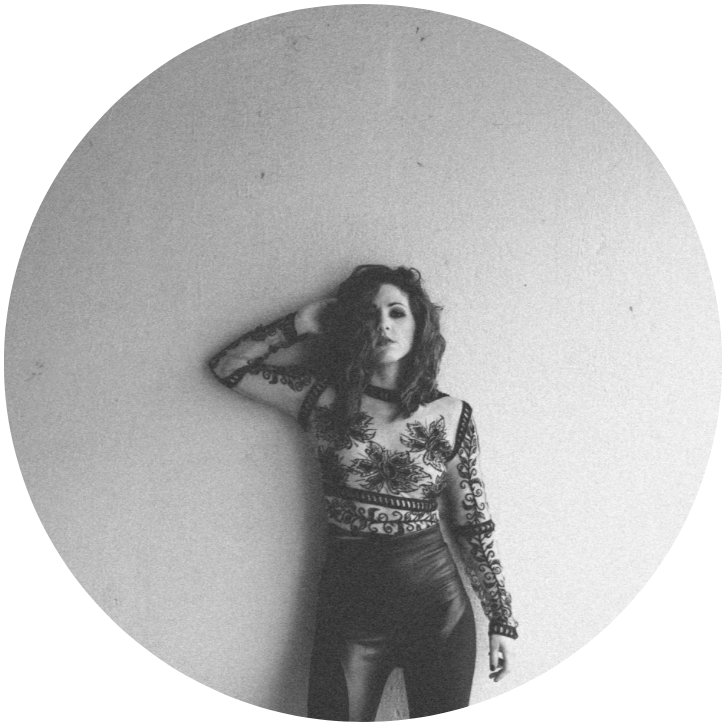 ABOUT JAMIE
Jamie Floyd is a Nashville based artist and songwriter, originally from West Palm Beach, FL. She penned the title track to Warner Brothers Nashville recording artist Ashley Monroe's album: 'The Blade,' which received a 2016 GRAMMY nomination for BEST COUNTRY ALBUM. Ashley's heartfelt version was also named "one of the top songs of 2015" by NPR Music and The New York Times. The track features country superstar Miranda Lambert and was produced by Vince Gill and Justin Neibank. Jamie has written songs for many artists in both Pop and Country Music over the years, including Ronnie Dunn of the duo Brooks & Dunn, Kellie Pickler, Lucie Silvas, Natalie Stovall and The Drive, Hayden Panettiere of ABC’s NASHVILLE and R&B superstar Brian McKnight. In addition to writing for other artists, "writing for the small screen is quickly becoming Floyd's forte" (Rolling Stone). Jamie wrote all of the original music for TV Movie, Manson's Lost Girls, which recently premiered on Lifetime TV. Jamie released her self-funded, critically acclaimed debut EP SUNSHINE & RAINBOWS on March 11, 2016. In her newest endeavor, Jamie will be featured in THE LAST SONGWRITER, an upcoming documentary that chronicles the dire challenges songwriters face in the age of streaming--alongside some of the industry’s most legendary songwriters, including Garth Brooks, Jason Isbell, Emmylou Harris, Matraca Berg, Tony Arata, Allen Shamblin, Lee Thomas Miller, Jim Lauderdale, Marcus Hummon and Tom Douglas.