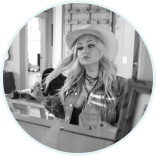 This year alone, Dillon co-wrote of one of today’s biggest global singles “10,000 Hours” – performed and co-written by Dan + Shay and Justin Bieber. Peaking at No. 1 on the Country charts, the crossover smash debuted as the highest charting Country song in the history of the streaming chart and also landed inside the Top 10 at both Top 40 and Hot AC radio. The ACM Awards Song of the Year-nominated track is also currently spending its 20th consecutive week atop Billboard Hot Country Songs Chart after recently dominating all four of Billboard’s Country charts (Airplay, Hot Country, Streaming and Digital sales) in the same week. To date, the juggernaut has been streamed nearly 1 billion times and counting.

In 2019, Dillon scored two additional huge hits with GRAMMY® and ACM Awards nominated song “Break Up In The End” (recorded by Cole Swindell), which was named NSAI Song of the Year in 2019, as well as the iHeartRadio Music Awards Country Song of the Year nominated track “Rich,” off of Maren Morris’ GRAMMY®-nominated debut HERO. “Rich” was also named to prominent best-of lists by NPR Music, Rolling Stone Country, One Country and more, in addition to receiving recognition as the “Publisher’s Pick” at the Association of Independent Music Publishers Nashville Awards in 2016.

Dillon most recently penned releases for Tim McGraw, including the title track to his forthcoming album and tour – “Here On Earth” as well as friend and frequent collaborator Brandy Clark who also named her album and tour after an upcoming release co-written by Dillion titled “Your Life Is A Record.” She previously penned multiple songs with Clark for her GRAMMY® nominated album BIG DAY IN A SMALL TOWN, including “Girl Next Door,” “Daughter” and “You Can Come Over.”

In 2011, Dillon earned her first GRAMMY® Awards nomination in the Best Country Song category for her first-ever cut – George Strait’s “The Breath You Take,” which she co-penned alongside Casey Beathard and her father, Nashville Songwriters Hall of Fame inductee, Dean Dillon.