The Nashville Songwriters Association International (NSAI) honored Nashville-associated writers whose songs topped the Billboard Airplay, Digital or Hot charts between April 2015 and July 2015 this past Monday. There were 83 songwriters and 20 songs recognized. The Maggie Cavender award was also presented to Jo Walker-Meador, Layng Martine, Jr. and the late Billy Block. Block’s wife, Jill Block, received the award on his behalf. This is the first time NSAI has presented three recipients with the Maggie Cavender Award within the same year. The NSAI #1 Party was held on Monday, September 14, 2015, at the Music Mill, NSAI’s headquarters on Music Row. 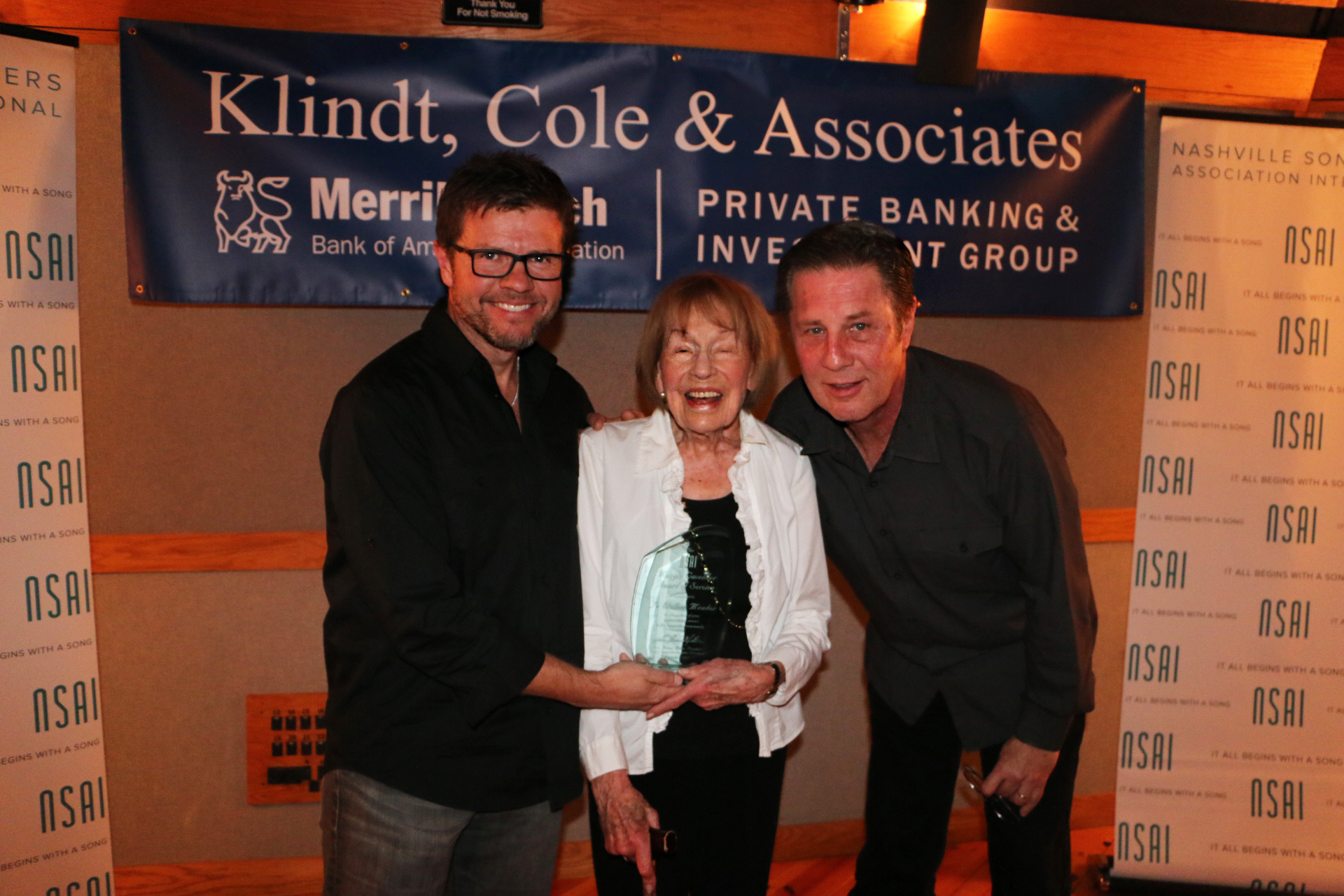 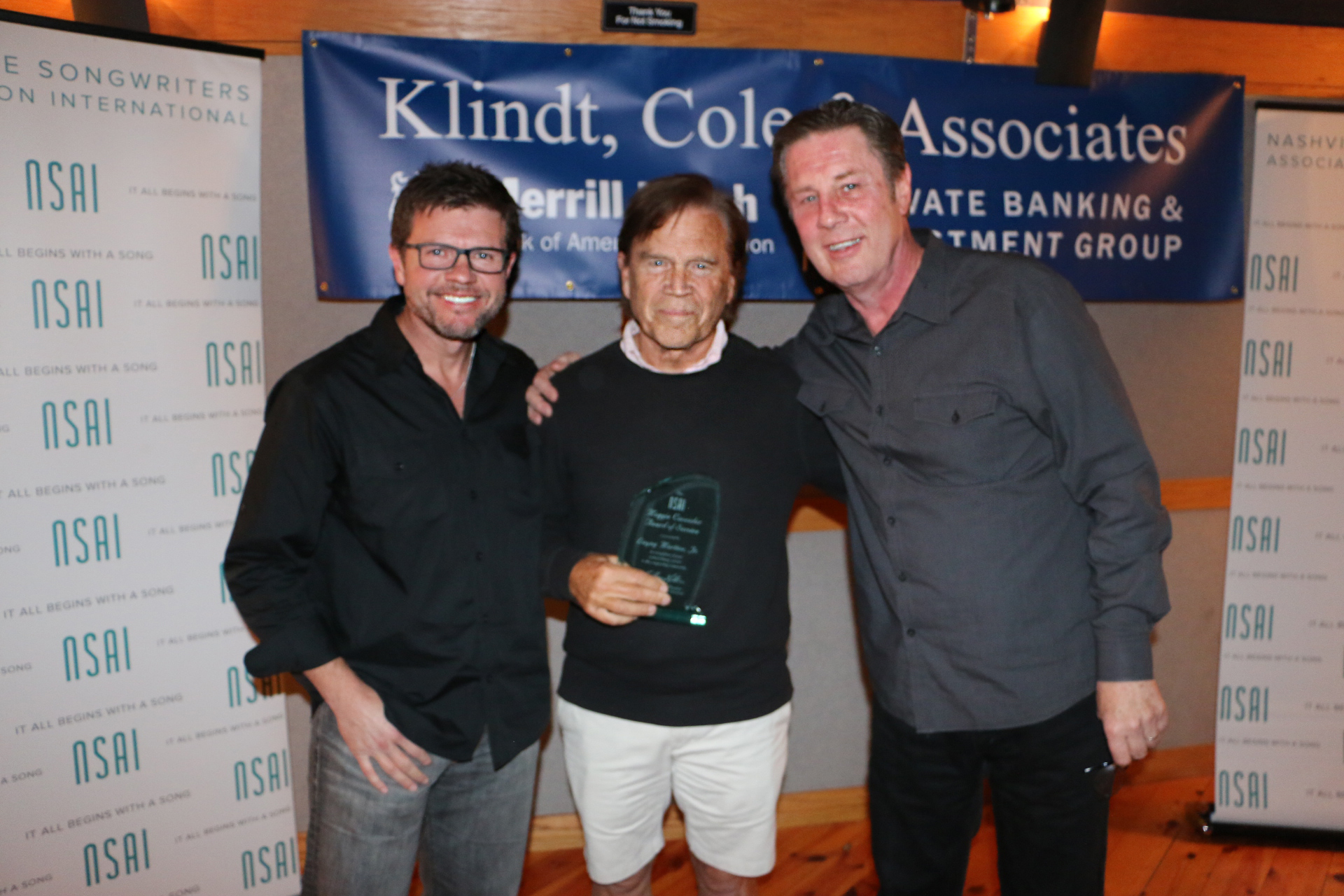 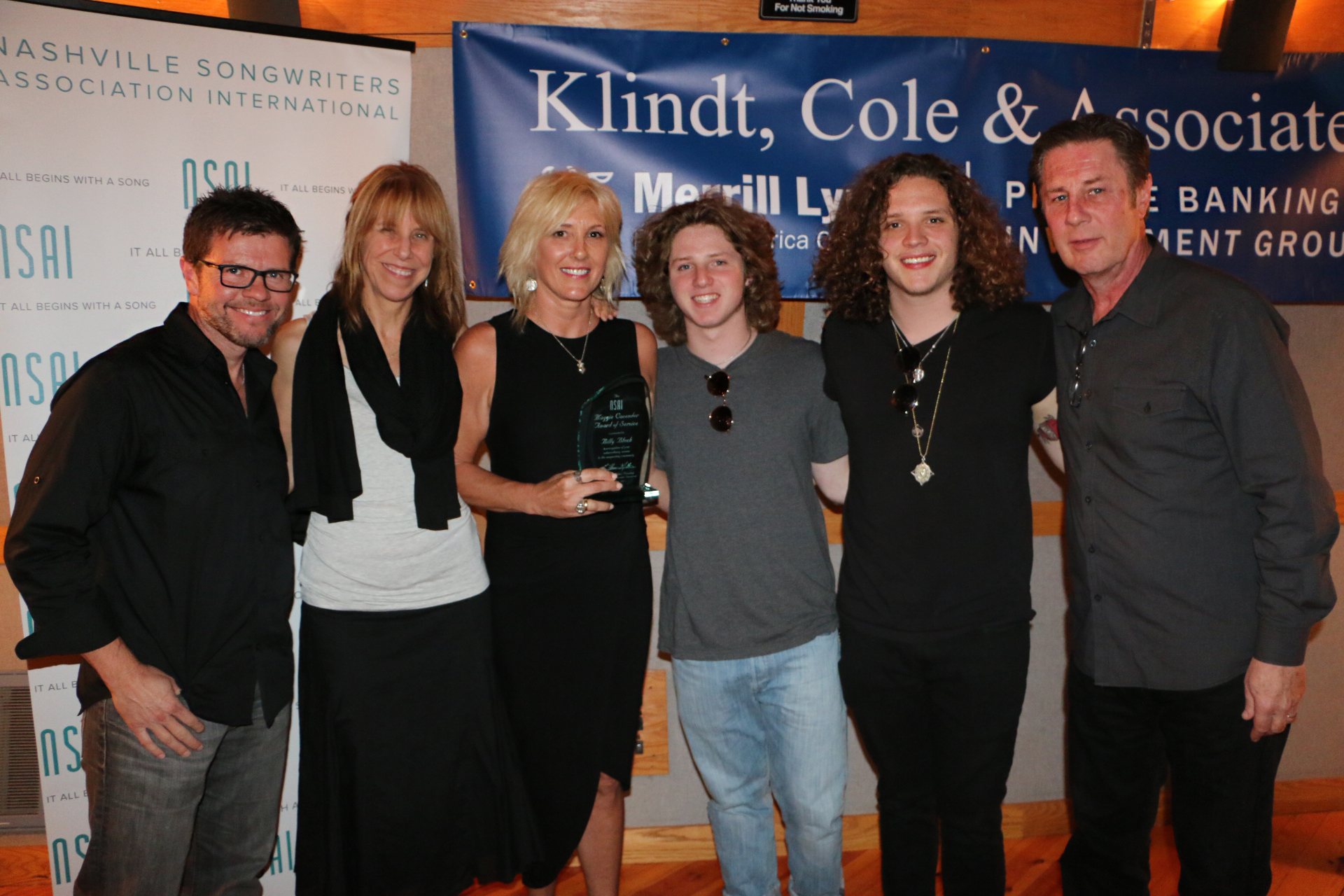 Jill Block with sons Rocky and Grady Block: Receiving the Maggie Cavender Award on behalf of the late Billy Block 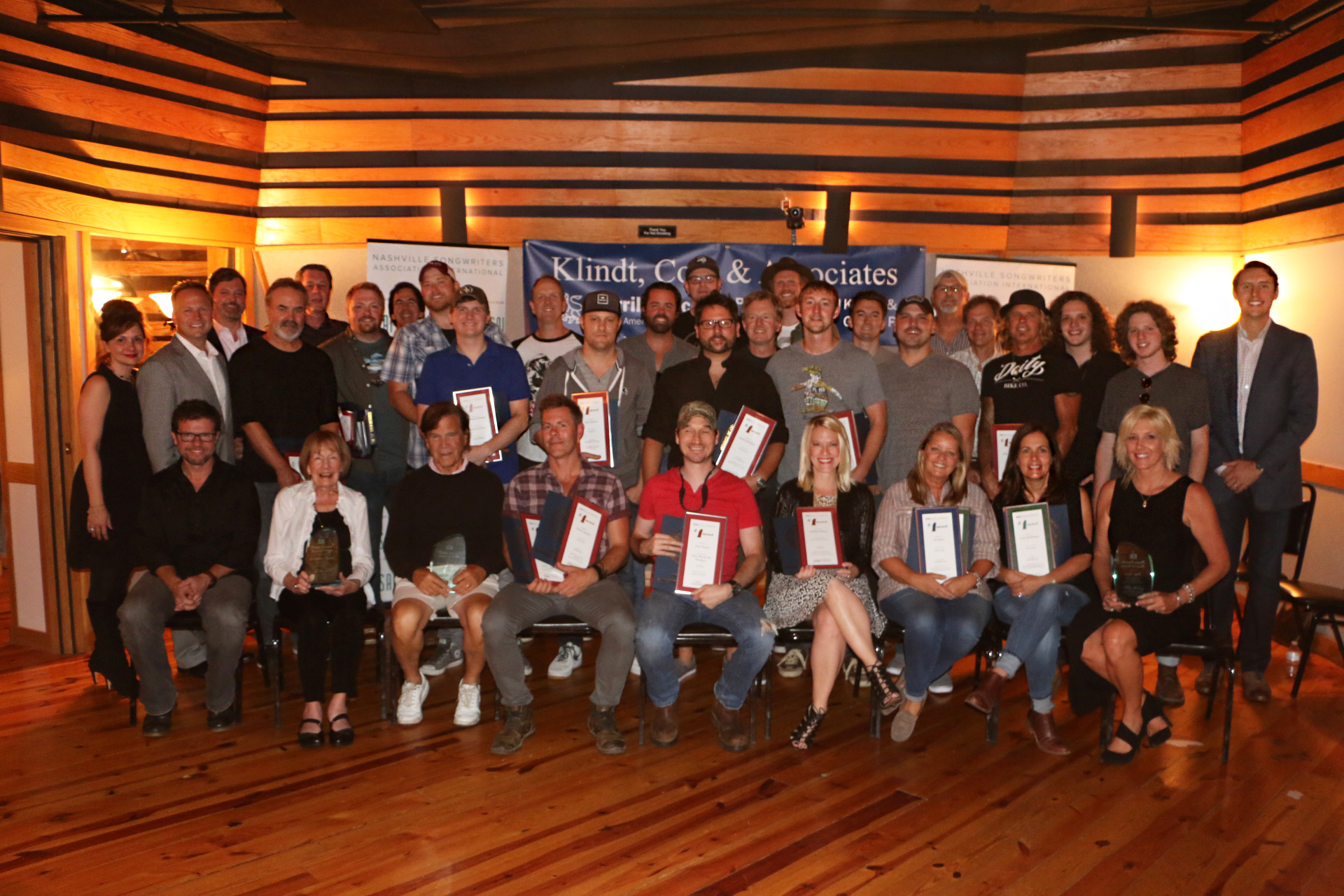 Songwriters and their #1 plaques

About the Maggie Cavender Award:

For extraordinary service to the songwriting community, voted by the NSAI Board of Directors.

As executive director of the Country Music Association (CMA) from 1962 to 1991, Jo Walker-Meador played a direct and influential role in the remarkable growth the country music industry experienced during those years. Walker-Meador has remained involved in events on Music Row since her retirement in 1991. She was elected to the Country Music Hall of Fame in 1995.

Country music songwriter, Layng Martine Jr., is a member of the Nashville Songwriters Hall of Fame, he was the writer of "Rub It In", a number one country hit for Billy "Crash" Craddock in 1974, which became the long-running TV commercial "Plug It In" for Johnson & Johnson's Glade Plug-ins air freshening product. Some of Martine's other writing credits include Elvis Presley's million seller "Way Down", The Pointer Sisters' Top Ten "Should I Do It" and Trisha Yearwood's "I Wanna Go Too Far". He was nominated for a Grammy Award in 1993 for Best Country Song, for co-writing Reba McEntire's "The Greatest Man I Never Knew". He is a former NSAI Board Treasurer.

For decades, Block advocated for artists who didn’t fit neatly into mainstream country, although some of his onstage guests did ultimately become stars — Florida Georgia Line, Miranda Lambert, Kacey Musgraves and Keith Urban among them. “Billy Block’s Western Beat was the first live radio show coming out of Nashville that put a frame around what eventually came to be known as Americana music,” Rodney Crowell told the Scene. “We ‘Americana’ artists would do well to remember this.”

CMT picked up Block’s show, Western Beat With Billy Block, in 2000, giving alt-country — as it was often called then — a national audience. Block died March 11th after a long fight with metastatic melanoma. He was 59.