NSAI would like to congratulate member Bruce Johnson for receiving a cut on the Noisetrade album benefiting the Steps of Faith Foundation! "Crooked Bangs," written by Bruce and his son Cameron Johnson (recorded by Cameron) benefits the Steps of Faith Foundation, an organization that helps get prosthetics for amputees that cannot afford them. 100% of album proceeds will be donated to the organization and 27 artists included in the compilation: Ingrid Michaelson, Wynonna, Drew Holcomb, Thad Cockrell, Matthew Mayfield, Dave Barnes and many more! 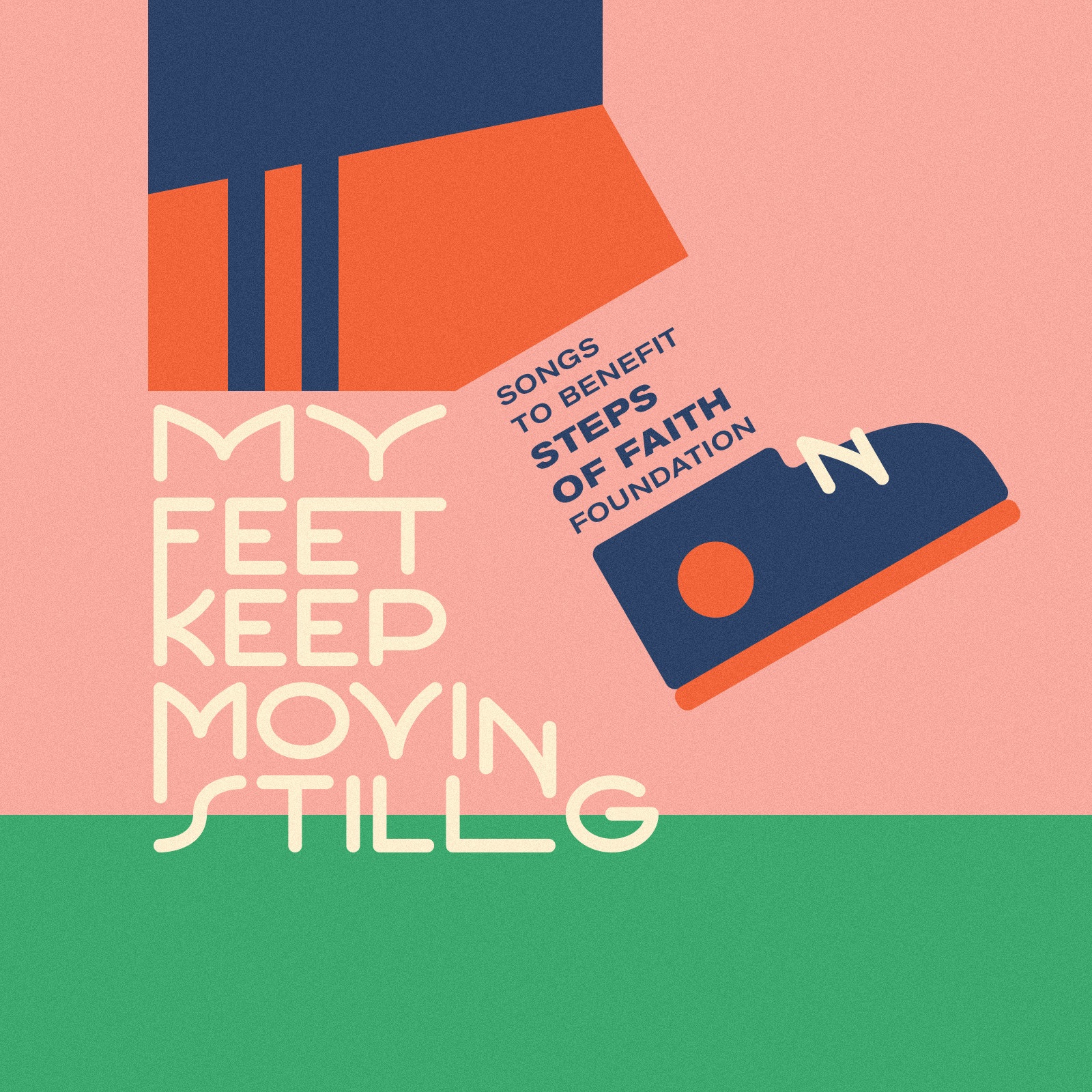 I’m originally from Kansas City but moved to Rogers, Arkansas 25 years ago with my much better half, Shelly, and our newborn son, Cameron. I started writing songs about twenty years ago and have had around 15 cuts by different artists. Up until 2 years ago, I had never been to Nashville. I would send my working tapes to my producer/multi-instrumentalist/vocalist, Brad Benge. Everything was done by email, but we both found a way to make it work.

A couple of years ago he encouraged me to visit Nashville for a session…I’m so glad he did.  I absolutely fell in love with the town, the kind people and endless supply of talent there.  I now make the 8 hour drive several times a year to cut demos for songs I’ve written.  I wanted to learn more about the town, the writers, the artists and the inner workings of the Nashville music industry. Every Google search kept landing on NSAI and I immediately joined. The resources I found on the website have helped me learn so much about Nashville. It’s been invaluable to me.
Fast Forward to "Crooked Bangs"…
Our son, Cameron (now 25), started playing music as a youngster.  First piano, then guitar. A year ago he approached me expressing an interest in songwriting.  I started showing him the ABCs of writing songs and you could just tell, he got it.  Not long ago, he brought me this cool lick and chord progression.  We worked on the structure, hammered out the lyrics, then headed to Nashville.  It was the first time he had ever plugged in his guitar or stepped in front of a mic in a “real” studio.  Not bragging (ok, maybe I am) but he killed it. In addition to Cameron and Brad Benge, we brought in Jen Gunderman (Sheryl Crow) on accordion and Angel Snow on background vocals. The combination and chemistry was perfect.
When we were given the opportunity to work with Billy Brimblecom Jr. and the Steps of Faith Foundation, we jumped at the chance. "Crooked Bangs" started as a father, a son and a guitar lick. It quickly turned into something so much bigger.  It’s now helping an organization provide prosthetics to amputees that can’t afford them.  We’re so honored to be on the Noisetrade compilation My Feet Keep Moving Still with 26 other artists like Ingrid Michaelson, Wynonna, Thad Cockrell, Matthew Perryman Jones, Matthew Mayfield and Drew Holcomb. I really appreciate everything you and NSAI do!