Hearing from our current members about their experience with NSAI is one of the most valuable and rewarding elements of our jobs here at the Music Mill. NSAI Member, Jimmy Thrasher thoughtfully sent us his testimony about how NSAI has provided him with a songwriting community he feels has impacted his musical journey. Hope you enjoy and thanks to Jimmy for reaching out! 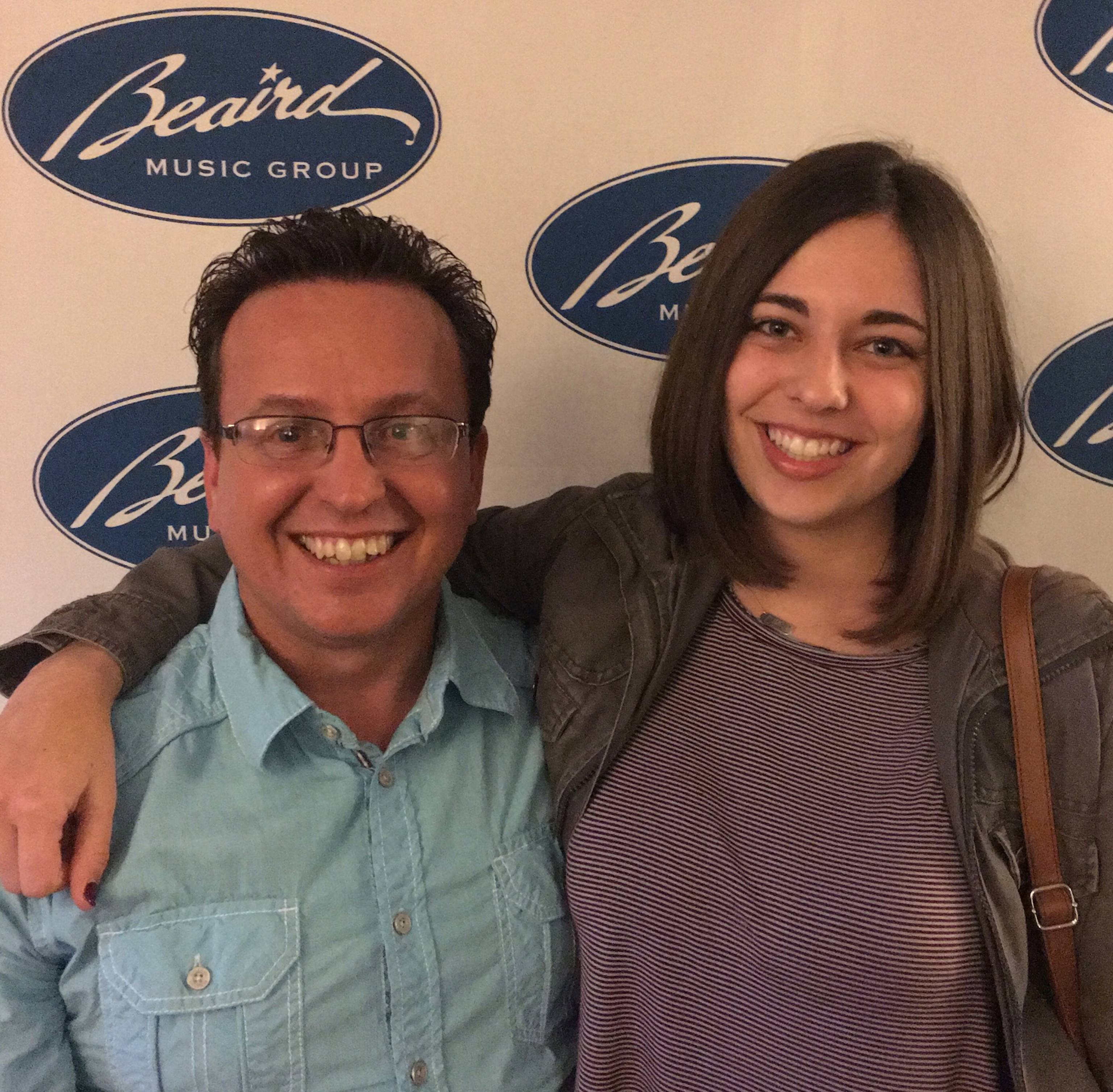 Jimmy Thrasher and Corinne McKnight recording at Beaird Music Group, October 2016
------
October 1st, 2013 was the worst day of my life. March 5th, 2016 would be the beginning of the best year of my life in over ten years.

October 1st, 2013 was the day that my best friend, wife, and soulmate of twenty five years passed away. I would spend the next year and a half in isolation, struggling with loneliness and grief.

From April 2015 until December 2015 my next struggle would be finding my identity, purpose, and direction. I finally found the answers to my questions in December 2015 at a tranquil retreat in South Mississippi.

With a new sense of direction and purpose coupled with a desire begin living again, I started to reach out to new experiences. In March 2016 I was invited to Mt. Juliet to co-write for the first time in the Nashville area.

On my way out of town I stopped at an Arby's. There I was approached by a total stranger who turned out to be a retired Nashville Songwriter. He invited me to have lunch. It was an incredible experience and he suggested that I join NSAI.

I joined NSAI the next week and began coming to Nashville once a month. Now nine months later, I come to town two and sometimes three times a month to write, record, and to pitch.

The title of this article is "The Blessing's of NSAI To Me". In the past nine months largely in part through NSAI, many of my songwriting dreams have been realized. My dream of being known as a songwriter and being accepted into the songwriting community has finally been realized.

My need to forge co-writer relationships has far exceeded my hopes. In February 2016 I had no one to co-write with. Now I write with four writers in Nashville, four in Muscle Shoals, one in PA, one in Australia, and one in Poland. The majority of those writers I meet at NSAI.

NSAI Members Corinne McKnight, Jimmy Gilliam, Dru Buchan, and a few other unspoken; are not only co-writers with me, they have also become my friends. When time allows, we grab lunch or just hang out and talk after writing. Having friends in town to hang out with is another way NSAI has been a blessing to me.

So, as a songwriter I've still got plenty of growing to do. Thankfully Mike Curtis and Dru Buchan are helping me in that area. Both Mike and Dru are mentoring me and helping me to grow by leaps and bounds.

Do you have a notebook of songs and a dream of becoming a part of the writer community but don't know how to take the first step? If that's you, then in my humble opinion, the first step is joining NSAI. The second step is to get involved and become a part of it. Then doors will begin to open for you.

Nashville is such a friendly city and a has a warm and open spirit. Some of the best people you will find anywhere in town will be found right here at NSAI. So stop waiting and wondering and become a part of NSAI! May God richly bless you on your journey!