April 29, 2019 (Nashville, Tenn.) – This morning, April 29, 2019, Analog at Hutton Hotel was filled with writers and industry members as they joined NSAI and SunTrust Bank to celebrate all  Nashville-associated songwriters who earned a chart-topping hit on Billboard Airplay, Digital, Hot and/or Mediabase charts between November 2018-February 2019.  Songwriters in attendance were presented their awards by NSAI President, Steve Bogard and NSAI Executive Director, Bart Herbison, as well as Ashleigh Overly of SunTrust Bank, the official sponsor of the party. 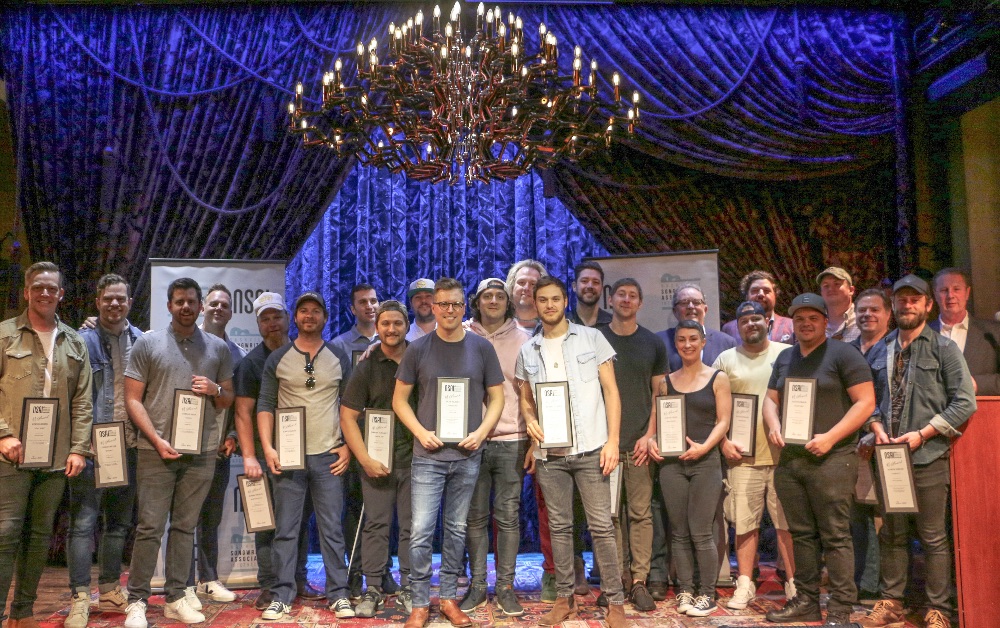 “She Got The Best of Me” – Luke Combs, Rob Snyder, Channing Wilson

“This Is It” – Aaron Eshuis, Scotty McCreery, Frank Rogers


About NSAI: The Nashville Songwriters Association International (NSAI), founded in 1967, consists of a body of creative minds, including songwriters from all genres of music, professional and amateur, who are committed to protecting the rights and future of the profession of songwriting and to educate, elevate and celebrate the songwriter and to act as a unifying force within the music community and the community at large. Now, over 50 years later, the Nashville Songwriters Association has become the most important “voice” for every American songwriter.  The organization continues a strong record of legislative, courtroom and marketplace advocacy on behalf of the songwriting profession.  From the passing of the Music Modernization Act, changing the U.S. Tax Code and creating group Copyright Infringement Insurance to becoming owners of The Bluebird Cafe, America’s premier songwriter venue, NSAI continues to grow in its achievements on behalf of those who create the music that marks the moments in our lives.