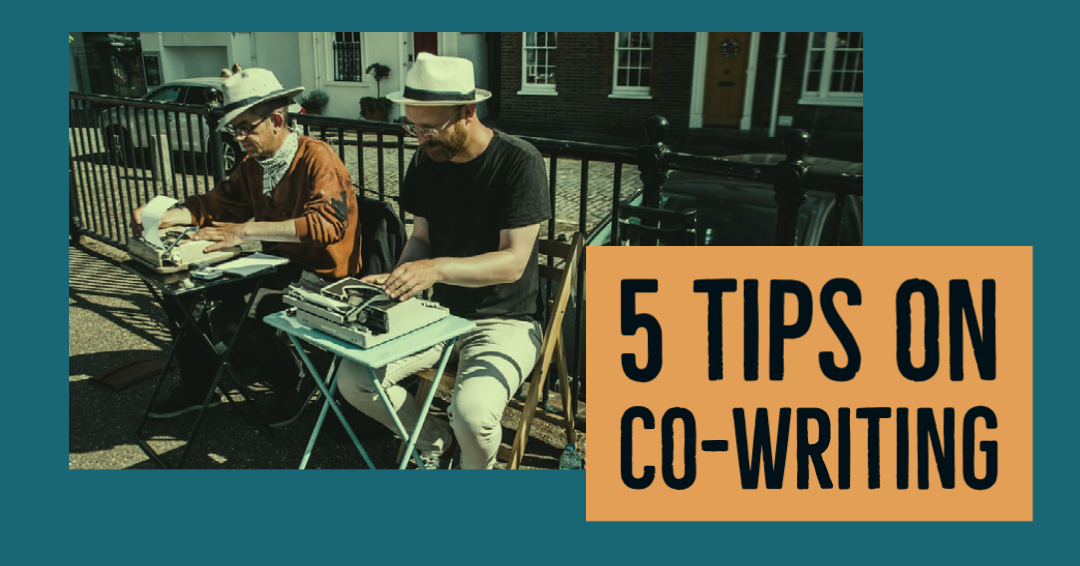 Co-writing is a great way to grow as a songwriter. The old saying that "two heads are better than one" definitely holds true in songwriting. Here are a few tips that will amp up your next co-write session!

TIP #1: DON’T RUSH IT or RUSH IN
It is perfectly OK to chat, catch up, get to know each other if you’re writing for the first time, or take break in the writing room or zoom call for many of you right now. Jumping right in isn’t always the best way to reach your goal. During the writing process, don’t rush yourself to get out a finished song. Allow the creativity in the room the time to grow.
TIP #2: LET DOWN YOUR GUARD
It’s songwriting. It’s going to get vulnerable at times. Sometimes your writing session turns into a therapy session, and that is ok! Allowing yourself the freedom to let go with your other co-writers will lead you to developing your craft to the next level. Your next song could come from simply asking, “How’s life?” Let yourself tap into your emotions during your next co-write.
TIP #3: COME WITH IDEAS
Prepare ahead, especially if you aren’t accustomed to co-writing. It’s better to go in prepared with an idea no matter what stage it is in. Sometimes when you want to write something, you don’t always write. When you have ideas on the table, you’re setting yourself up for a much better chance of coming out of that co-write with a finished song.
TIP #4: DON’T BAIL ON YOUR SESSION
BUT REALLY! Try hard not to be that person that cancels, especially last minute. It comes off as unprofessional and isn’t a good look. Unless you have a legitimate reason, make that co-writing session. It shows your commitment to your craft. More often than not, you’re going to walk away with a great song from it and be glad that you did.
TIP #5: DON’T LET YOUR EDITOR TAKE OVER TOO SOON
Yes, you have a creative mind, but you also have a critical one. We all do. Let the editor side of yourself take nap for bit. You can fix a song that’s rough around the edges, but you can’t fix a song you don’t write.
My Cart [0 items]