NASHVILLE, TENNESSEE (September 18, 2018) – The Orrin G. Hatch Music Modernization Act (MMA), legislation designed to improve streaming royalty rates for American songwriters, cleared one of the final hurdles today with adoption by the United States Senate.  It now awaits only a final vote by the U.S. House of Representatives within the next few days where it is expected to pass and be sent to President Donald Trump for his signature. 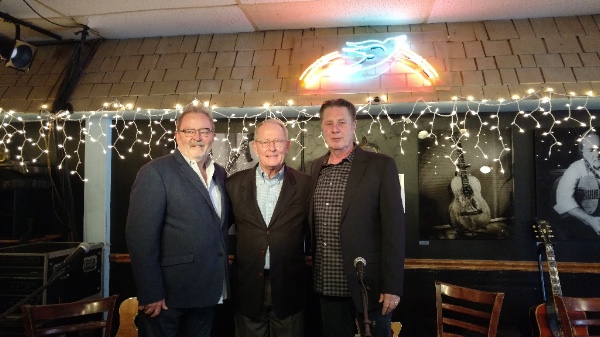 “Hallelujah,” said Nashville Songwriters Association International President (NSAI) President Steve Bogard, a professional songwriter in six decades who has seen his royalties drop dramatically in the digital delivery era of music.  “The MMA gives us tools to achieve higher streaming royalty rates and important control over the payment of those royalties.  Myself and NSAI have worked for nearly fifteen years on elements of this legislation.   Passage of the MMA offers hope to the next generation of songwriters, especially those who are not performing artists, that writing songs will be a viable career choice.”

“This was the last major obstacle,” said NSAI Executive Director Bart Herbison. “Because of their rules, the U.S. Senate is where many bills stall or die.  Thanks to the leadership of Senators Orrin Hatch (UT), Lamar Alexander (TN), Sheldon Whitehouse (RI) and Christopher Coons (DE) the Senate approved the legislation today by unanimous consent.  It is not too bold to say this is the most important songwriter legislation ever adopted by Congress.  When we negotiate our digital rates or go to trial-type proceedings, we expect rates that are much fairer based on what the market should pay.

The bill:
•    Changes the standard by which songwriter streaming rates are established replacing an outdated 1909 law that governs songwriter mechanical or sales royalties, changes consent decree regulations from 1941 that govern  songwriter performance royalties.
•     Creates a new Music Licensing Collective governed by songwriters and music publishers to oversee and administer digital mechanical licensing and payments, resolve disputes and administer unclaimed royalties.
•    Eliminates the disastrous Notice of Intent (NOI) program administered by the U.S. Copyright Office that allows digital streaming companies to put the licensing burden back on songwriters.
•    Guarantees streaming royalty payments to artists whose recordings were done before 1972 who now are not required to be paid due to a loophole in the Copyright Act.
•    Pays streaming royalties directly to musicians and background singers who perform on recordings instead of going through other parties first.
•    Requires the random selection of judges when performing rights societies ASCAP or BMI go to a rate court proceeding.  Presently those judges are appointed for life.
Tennessee Senator Lamar Alexander called for a suspension of Senate rules today resulting in an immediate vote on the legislation.  The new Music Licensing Collective would begin operation on January 1, 2021 if the bills becomes law this year.