Advice on Getting A Publishing Deal from Warner Chappell's Will Overton 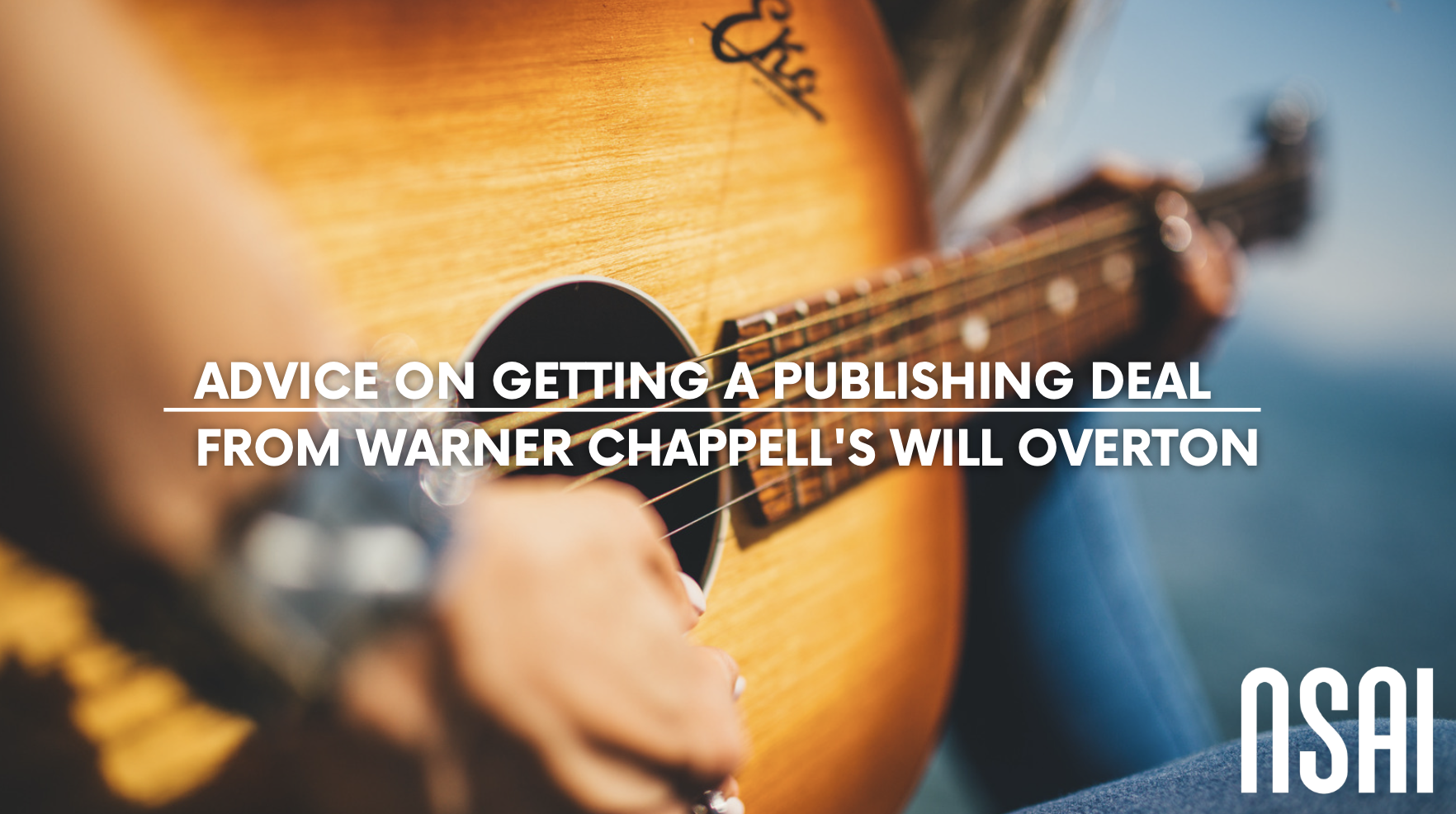 “How do I get a publishing deal?”

It’s one of the questions NSAI member reps get asked the most by aspiring professional songwriters.

While every writer has their own story - and their own path to getting a publishing deal - there are a couple of tried and true ways to do so. Warner Chappell Music’s Director of A&R Will Overton joined us to lay out the fundamentals of courting music publishers.

“You start off as a writer, writing every day. And whether you’re writing with others or by yourself, every day you’re generating something… You have to be consistent. Some of the younger guys were writing for three years before they met me,” Overton says. “And they finally got to a place where the songs were good enough to start having a conversation about a publishing deal and what it could look like.”

So how do you even meet a publisher?

“A lot of first meetings come through the PROs—ASCAP, SESAC and BMI. Writer reps will make connections between writers and publishers, so get to know your writer reps at your PRO and find someone who is excited about you. Their reputations are on the line, so they won’t try to build a bridge until they truly think you’re ready,” Will explains before continuing.

“The majority of signed people have come through other people. By the time that people are playing a showcase, there’s already so much competition that you have to be introduced to them before all that happens. Introductions come through lawyers and managers or another publisher who can’t sign the person at the time.”

How do you impress a publisher?

According to Overton, there are three main things that publishers look for.

1. Great songs that are meaningful and ready to pitch
2. Songs that are lyrically sound and unique in some way
3. Songwriters with valuable connections and networks

“These days a lot of artists are writing their own songs and they have a crew of writers they work with. If you’re not an artist or a producer and you’re more of a lyricist, try to get in with as many young artists as you can, because that’s where all the cuts are coming from. Outside cuts happen, but at a far lesser degree of success and volume as fifteen years ago when outside pitches were the norm…Artist-writers are the golden nugget right now.” Overton suggests. “If you can get in early with a young artist, they’re going to stick with you forever.”

“There’s still some online discovery. Online presence can make or break a publishers interest in you. Keep it updated.”

What can songwriters expect from a first meeting with a publisher?

“I try to keep it as as relaxed as possible. Some people like to bring in their guitar or plug in their phone to play some songs. I try to just get to know the person, where they’re from, what they’re interested in doing and how they got here — what’s their story? Why do they do what they do? I try to avoid the critical aspect until we kind of have a rapport and are working together more frequently where I can say, ‘Hey that’s a bad song’ or ‘This line doesn’t make sense.’ I try not to get too into the weeds on the first meeting.”

“For some it takes a week — everything opens up and it just happens, but sometimes you’re competing with four or five other publishers, and you have to convince your boss that it’s a good idea. Sometimes, it’s a no brainer. For the most part, it would take at least two or three meetings: one with me, one with the rest of the publishing team, then with our boss just to get to know the person and what they want from the deal…I try not to slow play it, but give it a good month to breathe and talk to the person every day and see what its like.”