Once You're Signed, The Hard Work Begins!

Congratulations on signing your first publishing deal!…Now what…?!

It may seem like you’ve worked harder than ever to get that offer on the table. And while the possibilities of commercial success are now within reach, the exciting reality is that there’s much more work to do. So, what should you expect as a professional songwriter?

The specifics of every songwriting contract will be different based on your level of experience, which publisher you’re with, how that publisher operates, and the financial state of the industry at the time you sign. However, there are a few aspects of being a professional songwriter that you can pretty much consider standard practice.

Depending on what’s discussed upfront, publishers will sometimes book co-writes or keep your calendar completely. Publishers can act as a middle man, and get you in the room with writers or artists you haven’t met yet. What a benefit right?! That being said, it’s still vitally important and expected as a young writer to maintain an industry presence, network with other writers, and book writes yourself. The average writer writes anywhere from 4-7 times per week, Monday through Friday. This can vary based on individual writer preferences.

The beauty of songwriting as a profession is that you can dictate your own schedule! Some writers write “two-a-days”, while others prefer to write once a day. It’s also safe to say that most pro writers write from 10am to about 1pm, and if it’s an afternoon write, it’ll be 2 pm to 5 or 6 pm. You don’t always finish the song either. If that’s the case, you’d book a follow up write with those co-writers to finish at a later date. In most contracts, there is a Song Quota that the writer must reach per year. That quota can be anywhere from 12-18 songs per year, which is easy to hit if you’re writing nearly every day. The caveat here is that if it’s a song that’s co-written, only your portion will count towards the quota.  That means a cowrite will only count as 1/2 a song, and a three-way write will only count as 1/3 of a song.  Your publisher also has final say on accepting the song towards your quota as well.  Some publishing companies have gotten rid of the quota, trusting that the songwriter will write plenty of great songs, other companies keep the quota to keep writers accountable.

Finished the Hit, Now What To Do With It...

Once your song is complete, you’ll turn in the work-tape and lyric sheet to your publisher. It’s possible that the Creative Director will suggest that you fix parts or tell you to re-work sections for it to be fit for commercial use. Once there’s a version that everyone is happy with, the publisher will put the song and lyric in their catalog of songs and potentially suggest that it gets demoed. It’s important to keep record of the song split and what publisher and performing rights organization your co-writers are affiliated with. The publisher’s admin team will need this info when registering your song with the PROs and possibly with the U.S. Copyright Office. At the publishing company I worked for, we made all of our writers fill out “split sheets” for every song, which was a sign-able document that listed the song title, co-writers, writer split percentage (which was normally even), the publishers of all co-writers, and the PROs of all co-writers. This is important info to have all in one place. If the song gets cut, that information is easily accessible, and everyone gets paid as they should.

Whether or not a publisher outsources to another company for administrative work, it’s part of the publisher’s job to make sure the paperwork and forms are complete so that you get paid for your music. Essentially the business side of songwriting is taken care of, which leaves you to do what you do best… create!

The Demo: Which Songs? Who Pays?

The rules of demoing can work differently at each publishing company. Sometimes the Creative Director likes to dictate what gets demoed, which makes sense since they are the one primarily pitching the songs. Other times they leave it up to the songwriter’s discretion as to which songs are demo-worthy. Years ago, songwriters would get a stipend for demos and it would be up to the songwriter to organize the session studio time, musicians, and get the song charted out. Things have changed a bit since then, and publishers will often have an in-house producer for company use or writers will strategically write with “track writers” who can produce the song up as part of their contribution to the songwriting process. Track writers will either come prepared with a track to “top-line”/write to, other track writers prefer to record and produce the song after it’s written.

Many demos are being done “in the box” with minimal equipment, so hiring and paying for studio time and musicians is less necessary with new technology. In addition, payment is not expected to the track writer since that is part of his contribution to the songwriting. He or she still gets even split of the writer share of the song, which will pay more in the end if the song takes off. So, there are a couple different demo routes to take… save money and take advantage of modern plugins and the “track writer,” or pay and get that iconic live studio sound. Personally, my preference is a little bit of both.

For any demo expense, your publisher should pay, but that value then gets added to your “recoupable account.” Meaning, if you see success from your song and the payment begins rolling in, you’ll be paying that debt back to the publisher first (so in the end, the writer is essentially paying for the demo if that song sees success). 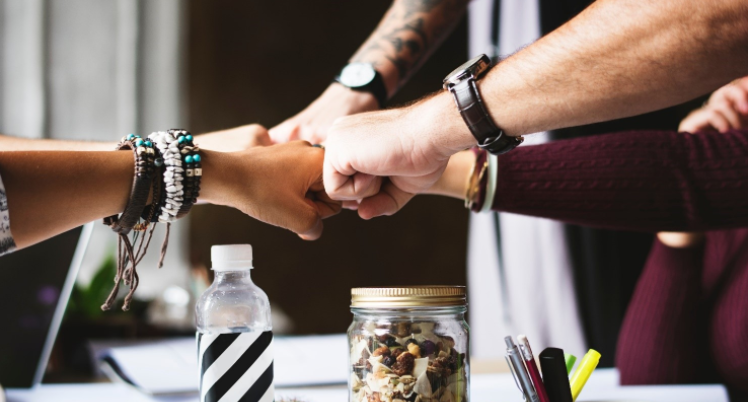 The song is complete, the demo is complete…time to wind that arm back and pitch that ball at 90 mph!

First off, who would the song be good for? Every publisher has insight or tip sheets they work from that will guide them to which artists are looking for songs and what type of song they are specifically looking for. Your creative team should have a good idea of who the song would be appropriate for and begin pitching. They’ll either pitch it with a few other songs in a pitch meeting with artist representation. Or perhaps they’ll pitch it to the artist themselves! They might send it to the right people in an email or some A&R reps still prefer CDs delivered. This is where the publisher shows strength, in having strong relationships with these influential decision-makers.

Writing with the artist is invaluable too. If you co-write the song with the artist themselves, you skip the pitching process entirely. Many cuts don’t result from the song plugger pitching, but from other relationships of the songwriter, enabling the song to organically get in the right hands. Playing songwriter rounds around town might even lead to the right people taking notice. That’s technically a form of live pitching since you never know who’s in the audience in Nashville. So, work your songs as much as your publisher and your co-writers’ publishers. That’s just good business sense and you’re more likely to reach success!