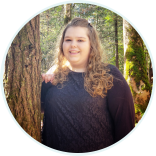 Allison moved to Nashville in late 2011 to attend college for audio production, but quickly realized that she enjoyed the business side of things more.  After interning with Fan Clubhouse, her love of events expanded.  She went on to work at BMI and most recently the Barbershop Harmony Society.  In her free time you can find her catching a show, volunteering, crafting, and hanging out with her cat, Dinosaur.

I don’t think there was really a specific time, I just always remember singing and dancing as a kid.  One of my elementary school teachers called me “little Reba” and I thought that was the best thing ever.  I stayed in choir through middle and high school and realized it was the best part of my day, so I decided I’d move to Nashville for audio engineering.  Some plot twists later, I ended up here!

I can’t pick just one, but my top three would be Reba, Halestorm, and David Cook.  Also Old Dominion, Shinedown, Brandy Clark… there’s really so many!

What drew you to NSAI?

I’ve always enjoyed following my favorite songwriters' careers and going to rounds.  There’s a special feeling of learning a song you’ve believed in and have heard played around for years has finally made its way to an album or the radio.  I found out about NSAI when I was working in licensing at BMI.  I loved their mission and that they helped writers get paid, but I knew writers needed more advocates.  This was especially important to me.  After I learned what NSAI did for writers and got to know members of the staff I decided this is where I needed to be!

Mexican food is my favorite so I would say Mas Tacos in East Nashville or SATCO by Vanderbilt.  I’ve also realized while living here that people love a “meat and three,” so for that I recommend Bishop’s in Franklin because they have Hattie B’s hot chicken, but with more veggie options.