Songwriting, for me, was never a totally natural skill.  At the beginning, I liked to write a lot about general feelings (borrrrrrriiiiiiing!) and it took a lot of songs and co-writes to really understand the concepts of imagery, detail, and storytelling. Yeah, I lucked out with an image-driven concept one in a while but I ultimately learned the most by getting in rooms with people who already had it figured out.  Over years, I was able to absorb how the pros take every line seriously and really search for the most creative and descriptive way to get the audience into the moment.  It was this co-writing that truly opened up the doors to that creativity and got me past all my personal limiting habits that I’d developed.

Thanks to all the collaboration, I’m much more prepared and capable to tackle an idea with confidence and not feel like I’m going over and over it with indecision.  Either way – solo writing or in collaboration – it all starts with an extremely important detail: the hook!  There were many times early on that I’d just start writing, not knowing where the song was going or what the hook was going to be.  And I’d essentially end up with a song that starts off well but then has a weak hook since it wasn’t even in mind when I start writing the song!  Again, co-writers and guys with a lot of writing experience drilled it into me that we have to start with a hook already in mind or, at the very least, a strong direction to a great story.  If we had that hook that really hit home, the song would pretty much write itself as long as we were thinking in detail around that hook – it made it so much easier.  So be on the lookout for “Ralph Murphy’s Laws” for a hook: twist a phrase, inject humor, and/or establish vivid detail.
I’ve also always been amazed at how smoothly co-writes go when I (or the other writer) came into the session with a great idea.  We might’ve had to present at least 3 or 4 of them between us, just to see how we were collectively feeling that day but it was a whole lot easier than showing up with a blank canvas and truly trying to start from scratch.  I’ve had many a great co-write by simply having a crazy awesome idea/hook and then developing a little start on a melody to present to co-writers – and most of the time, that was the idea that we went with since it already had a direction.  I learned that if I was nervous about a co-write, having a number of strong ideas and starts to some melodies will help things go much smoother.  Even though your co-writers might, don’t depend on them to bring the idea!
So those are a few foundational elements that help me write effectively every day, keep ideas flowing, and minimize writing myself into a corner. Hope they help you as well!
-This article was contributed by songwriter and NSAI Mentor Mason Douglas. Schedule a mentoring session with him today! 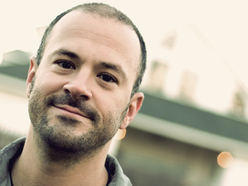 Mason Douglas is a staff writer for Judy Harris Music for over 3 years, and had his first Billboard Top 40 Country hit last year with the Lost Trailers' "American Beauty".  He has released his own artist projects on Rural Rhythm Records, Adroit Records, and Blix Street Records, tours nationally and internationally, sings demos for numerous recording studios, produces, and also just finished up a pop-culture guidebook to Nashville called "Now You Know Nashville".
News
No
My Cart [0 items]