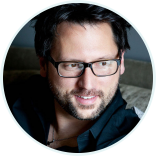 Chris DeStefano is one of Nashville’s most successful contemporary songwriters, having co-penned No. 1 country hits for acts including Jason Aldean, Luke Bryan, Miranda Lambert and Carrie Underwood.

Raised in Mt. Laurel, New Jersey, DeStefano started learning the guitar aged 13 and, as he explained in a 2015 interview with Songwriter Universe, became obsessed to the point of playing it eight or 10 hours every single day.

“I literally didn’t miss a day for about three years. I did nothing but play guitar,” he said. “Definitely, my grades suffered a little bit, but I think it worked out. All that time while I started playing guitar, I pretty much started writing songs from day one. I still remember the first riff that I ever wrote. I wouldn’t even play it for anybody…it was really bad. It was this simple little one string thing.”

After relocating to Los Angeles, he landed a deal in 2008 with EMI Music Publishing, which is now administered by Sony/ATV, but the real career turning point came in 2010 when the company sent him on a writing trip to Nashville.

“I fell in love with Nashville, the community and the people, and the songwriting. It brought me home to what I really grew up on in so many ways,” he told Songwriter Universe.

That same year he achieved his first notable success as a writer when he contributed to American Idol runner-up David Archuleta’s U.S. Top 20 album The Other Side Of Down, while the following year he landed songs on first Idol winner Kelly Clarkson’s Stronger and season seven victor David Cook’s This Loud Morning.

His association with American Idol continued with firstly Scotty McCreedy who won the TV talent show in 2011 and then Kris Allen who had triumphed a couple of years earlier and whose third album Thank You Camellia featured two DeStefano cuts.

The link-up with McCreedy was important in further strengthening his reputation as a country music songwriter. This had begun when he found himself on the credits of Texas outfit the Eli Young Band’s Top 10 debut album Life At Best, while with McCreedy’s introductory set Clear As Day he had a song on an album that reached No. 1 on both the Billboard 200 pop countdown and Top Country Albums.

From then on DeStefano has gone on to write for or with many of the biggest names in contemporary country music. These include Carrie Underwood, herself an early American Idol winner, with whom he co-penned her Hot Country Songs No. 1 “Good Girl”, which was certified for 2 million U.S. sales by the RIAA. He also co-wrote her No. 1 country hit and Grammy-winning “Something In The Water” and “Little Toy Guns”, which reached No. 2 on Country Airplay, while contributed three songs to her 2015 chart-topping album Storyteller, including the hit single “Smoke Break”. He further co-wrote her No. 1 hit “Somethin’ Bad’, which she performed with Miranda Lambert.

His successful association with Luke Bryan includes co-penning the singer’s 10th consecutive No. 1 hit “That’s My Kind Of Night”, which featured on his 2013 pop and country chart-topping album Crash My Party, then he reached No. 1 with Bryan again in 2015 with “Kick The Dust Up”. It was taken from the album Kill The Lights, which sold more than 300,000 copies during its first week of release in the U.S. to debut at the top of both the Billboard 200 and Top Country Albums charts.

Among his other No. 1 Billboard country hits are “Don’t Ya” for Brett Eldredge, “Just Getting’ Started” for Jason Aldean, “Hey Girl” for Billy Currington and “Nothin’ Like You” for Dan + Shay, while other country acts he has written hits for or with include Nashville TV series star Connie Britton (“Buried Under”), Rascal Flatts (“Rewind”), Jana Kramer (“Why You Wanna”), Chase Rice (“Ready Set Roll”) and Chris Young (“Aw Naw”, “Losing Sleep”). He has also contributed to albums by acts such as Florida Georgia Line and Thomas Rhett.

Although much of his success has come with country artists, he continues to be successful in other genres. This includes contributing four songs to boy band Big Time Rush’s top five album 24/Seven, working with Bon Jovi on their 2015 set Burning Bridges and writing again for Kelly Clarkson, this time for her 2015 U.S. No. 1 album Piece By Piece.