Meetings consist of reviewing a lesson on the craft of songwriting or a music business related subject. We then host a feedback session where participants share a song with the group. Members should bring a song to share and lyric sheets for the group.

Date:
December 12, 2022
Time:
7:00 PM
Location:
The comfort of your home or wherever you are via zoom
Edmonton, AB T5G 0N3
Canada
Details:
Hope to see you via zoom!
Links:
https://www.facebook.com/Nsaiedmonton 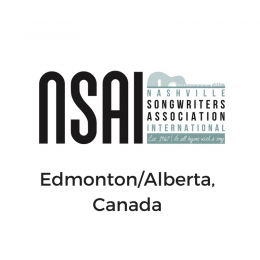 (RSVP to Colleen Brown Keenleyside to receive the Zoom link)

A bit about Gary:

• Consultant to Apple for audio

• Voting Member of the Producers and Engineers Wing of the Grammys

• First movie worked on was All Dogs Go To Heaven.