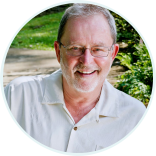 Steve Bogard has written ten number one country songs including George Strait's, "Carried Away” and “Carrying Your Love with Me," and Rascal Flatts' career breaker, "Prayin' For Daylight." Total sales of albums containing Bogard songs are well over one hundred fifty million units. Bogard has won twenty-two ASCAP, BMI and SESAC awards with hits and cuts by artists as diverse as Reba, Tanya, Patty Loveless, Etta James, The Four Tops, Sinead O’Connor, Jack Ingram and Restless Heart. He has had two Grammy nominations for Best Country Song with Dierks Bentley and has produced nine major-label album projects for Arista, Virgin, Lyric Street and Sony. Recent cuts include song recorded by Kristian Bush and Walker McGuire and the #1 song “Seein’ Red,” the first single from Dustin Lynch’s latest album. Bogard has had at least one #1 song in each of the last 4 decades!

After successful early forays in the music markets of Memphis and Miami, working with legendary producers Jerry Wexler and Tom Dowd, Steve was drawn to Nashville, when in 1983, an eleven-year-old Bogard song, "Touch Me with Magic" became a top ten hit for Marty Robbins. He spent over twenty years as a staff writer at Warner Chappell Music, has owned his own publishing company and independent record label, and is currently a staff writer at Magic Mustang Music, a division of the BBR Label Group.

Over fifteen years ago Steve was elected to the board of the Nashville Songwriter’s Association International and served an unprecedented seven years as NSAI’s Board President. During that time he worked closely with the NMPA, DiMA, the RIAA, BMI and ASCAP and SESAC on legislation affecting songwriters’ rights and income in the digital space, covering subscription services, interactive streaming, satellite radio, and future digital uses of music. Steve was the witness representing songwriters at the last and now the current Copyright Royalty Board rate setting proceeding. He was also the Director of The Copyright Forum at Belmont University.

Steve Bogard was just re-elected President of the Board of NSAI, and on the board of the Nashville Songwriters Hall of Fame Foundation and MyWerx, voted one of Billboard Magazine’s top ten tech startups of 2010. A former Board Member of the CMA and the Academy of Country Music, Steve is a 1995 graduate of Leadership Music, served on ASCAP's Southern Writer's Advisory Board, and has hosted the ASCAP Song Seminar. He is a member of both the Producers and Engineers and the Composers Wing of NARAS, The Recording Academy.