Song inspiration and ideas come from so many places; a quote, a commercial, or reading can inspire a writer. There is no one correct way to come up with a great idea. What matters is what you do with that idea when it comes to you! Check out where pro writers Shane MacAnally, Marv Green, Jimmy Yeary, and Seth Mosley get their ideas, and what they do with them.

Shane MacAnally
Shane told NSAI that he uses his phone the most to take notes of ideas that he gets.  Sometimes it’s just a phrase someone says; he makes a note in parenthesis of the story behind the quote, otherwise he forgets the meaning behind the hook he wrote down. To ensure he keeps ideas as they come to him, he uses voice memos to record melodies that pop into his head. “I get ideas in conversation, mostly. I read some. Titles of articles, books, magazines – there’s so many puns and twists of words that I’ll see. Billboards, things on the radio – I’ll hear something. Conversation, though, is probably the place I’m the most keen to hearing the way people say things. If I hear an onomatopoeia or a series of words that rhyme in a way that I can phrase them and make it rhyme in a song, a lot of times that becomes very appealing to me.”

Marv Green
Since Marv identifies a more of a lyrical writer, he feels he gets his best ideas when he is actively ready. He loves to read when he has time. It’s hard for him since he does more than just writing; Marv has a studio so his time is not only spent on writing, but also on several hours of recording. He still feels that he’s at his best when he is taking time to read. “I know, at the end of the day, as far as a lyrical writer, I’m better when I’m reading. Obviously, books are a great way; even a book on tape. [One] phrase can get you directed toward a lyrical thought. Books would be just one of several different things to get the lyrics going.”

Jimmy Yeary
Jimmy told NSAI that he gets inspiration from hearing a title.  When someone says a title and for him to get excited about writing a song, he needs to be able to visualize the whole song.  He uses imagination to help develop the title into a story with depth. “I use the same method on every song. If I hear a title, I want to be able to see the song. Sometimes it’s a melody, sometimes it’s a conversation that we’ve had…”

Seth Mosley
“What I find is just showing up every day is the inspiration.” Seth shared his thought that songwriting is 90% perspiration 10% inspiration. He goes on to say that he doesn’t have ideas just wake him up in the middle of the night; “for me it’s just more of the discipline of showing up and being there.” To be inspired to write a song, Seth finds that it’s often having a conversation for an hour before writing that really sparks the idea for the song he and his cowriters may write in that session. “The inspiration really comes from showing up and collaborating. In the beginning, you may spend the first couple hours just beating your head against the wall, and then one person says one thing that can kind of change the course of the rest of the [write].”

There’s no one way to find ideas to write your next song, but give some of these methods a try. You never know when a good idea might hit! 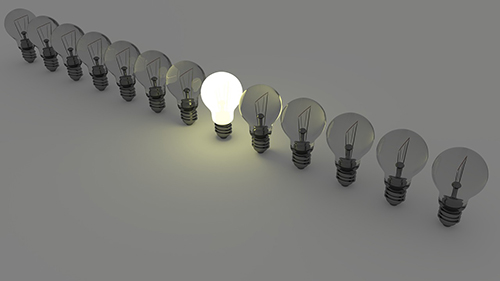