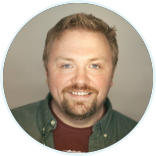 Josh Osborne is a multi-platinum, GRAMMY Award winning songwriter based in Nashville, Tenn. who has notched 12 No.1s on the Country charts. Originally from Kentucky, Osborne moved to Nashville to hone his craft, earning his first No.1 with Kenny Chesney’s “Come Over” in 2012. Since the Platinum selling hit, Osborne has received countless cuts by Country’s hottest artists including Sam Hunt, Miranda Lambert, Kacey Musgraves, Blake Shelton, Keith Urban and more. In 2015, Osborne joined frequent collaborator Shane McAnally’s company, SMACKSongs, as a partner and songwriter. Osborne has been nominated for ten awards by the Academy of Country Music, American Country Awards, ASCAP, Country Music Association, Music Row and NARAS. Kacey Musgraves' “Merry Go Round,” written by Osborne, Shane McAnally and Musgraves, earned Osborne four nominations and won Song Of The Year at the 2013 Music Row Awards and Best Country Song at the 2014 GRAMMY Awards. Also in 2014 Josh was honored by having his name added to the prestigious Country Music Highway which runs through the state of Kentucky and near his hometown of Virgie. RIAA Certified Double Platinum No.1 hit, “Take Your Time,” recorded by Hunt and written by Osborne, McAnally and Hunt, earned Osborne a nomination for Song of the Year at the 2015 CMA Awards and an award for 2015 ASCAP Songwriter of the Year. In 2017, Miranda Lambert’s “Vice,” written by Osborne, McAnally and Lambert, was nominated for Best Country Song at the 2017 GRAMMY Awards and Song of the Year at the ACM Awards. Osborne has been nominated twice for Songwriter of the Year by the ACM and has received multiple CMA Triple Play Awards for having three No.1 songs on the charts in a 12 month period. Osborne is currently enjoying the success of fastest selling song to date with Sam Hunt’s release of “Body Like A Back Road.” The smash hit, written by Osborne, McAnally, Zach Crowell and Hunt is RIAA Certified Triple Platinum and has held steady at the No.1 spot on the Billboard Hot Country Songs chart for 32 weeks and counting - making it the longest reigning Country song in the chart’s history.