Submissions for this form are closed.
× 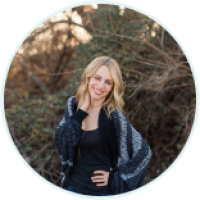 A Kansas native, Jenn Schott is currently serving as the NSAI Treasurer and has been heavily involved in the organization for the past several years, teaching workshops, playing shows and visiting Washington, D.C.  Jenn’s songs have been recorded by artists including Tim McGraw, The Eli Young Band, Gloriana, Jana Kramer, Lucy Hale, Francesca Battistelli, Billy Ray Cyrus, Pam Tillis, Lonestar, Kelleigh Bannen, and Restless Heart. Jenn co-wrote Mickey Guyton's debut single, "Better Than You Left Me," which was named one of Billboard's 10 Best Country Songs of 2015. She also penned the title track of Tim McGraw's Grammy nominated album, "Two Lanes of Freedom," which was the namesake of McGraw's 2013 summer tour as well. Her past singles include Restless Heart's "Feel My Way To You", Katie Armiger's "Unseen," Billy Ray Cyrus' "A Good Day," and pop artist Lucy Walsh's "1882." In addition to her success in the U.S. country market, Jenn has also had songs released by top-selling artists in Canada and Australia.