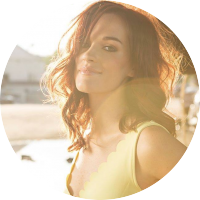 Growing up in the foothills of North Carolina, Lacy Green began her musical journey at 13 after her Dad taught her how to play “Blackbird” on his 1969 Martin D-18. For the next ten years she honed her performance and songwriting chops at venues across the country before making her new home in Nashville. Nearly a thousand shows later, she has signed her first publishing deal, had her music featured in film and tv, and recorded by other artists.

In her own right she has performed on some of Nashville's biggest stages, including CMA Fest, The Bluebird Cafe and Music City Roots and been featured by Rolling Stone Country, Radio Disney, YouTube Nashville and Taste of Country. Her latest EP “Nice Things” blends the best of tradition and innovation with her thoughtful songwriting and soulful vocals.

Lacy has also made several trips to Washington, DC with the Nashville Songwriter's Association to speak with congress as an advocate for songwriters, intellectual property and copyright reform.

In addition to her solo efforts, Lacy makes up one third of The Wonderful Nobodies whose debut album is due out later this year.